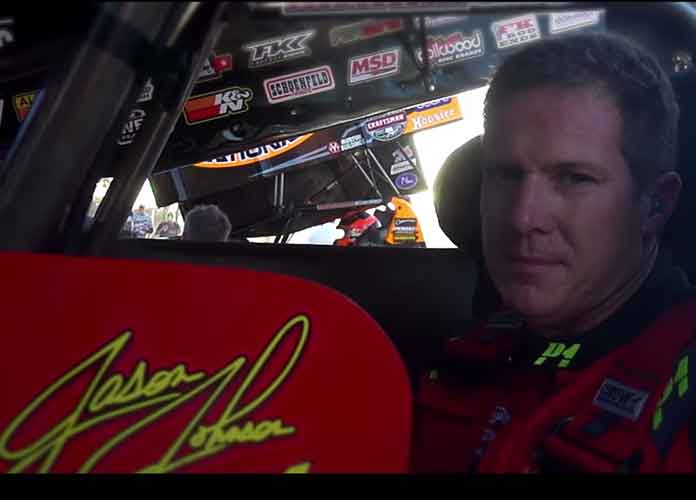 Johnson became injured during a World of Outlaws race on Saturday evening at the Beaver Dam track. The collision he was involved in came during lap 18 of a 40-lap event. He was soon taken to a local hospital and died Sunday morning from injuries he suffered during the crash.

Jason Johnson Racing sent out a tweet saying the team was “heartbroken and saddened to tell you that we have lost our leader, friend, family member and our hero.”

Here are some of the tributes for Johnson that famous NASCAR drivers posted on social media over the weekend:

One of my favorite all-time pictures in life just happens to be Jason Johnson big win at Knoxville.. Its been in my phone ever since.. pic.twitter.com/pw73t9eoXn

Saddened to hear the news of another fellow racer losing his life. RIP Jason https://t.co/8tFw2YQv48

When a racer loses his life, the world of motorsports across all disciplines takes notice and pays its respects. My heart goes out to Jason, his family, his friends, his competitors, and his fans. https://t.co/PWCjU61ffK

I never knew Jason Johnson but I followed his career in the dirt racing world. We will be racing with a heavy heart today as we lost another member of the racing family. #Prayers