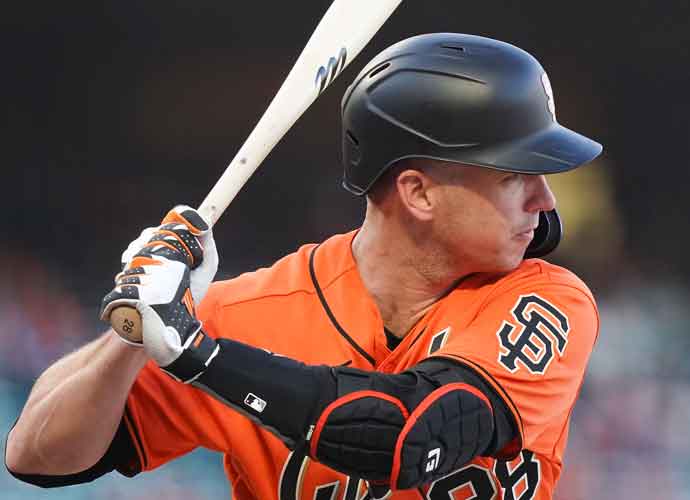 On Monday, the San Francisco Giants unveiled their alternate jersey from the City Connect series. The alternate City Connect uniform features an orange and white design, with a silhouette of the Golden Gate Bridge and a unique fog gradient across the front, sleeves and numbering of the jerseys.

“We took main focuses for us that really stood out about San Francisco,” Giants executive vice president of business operations Mario Alioto said. “One of them was the Golden Gate Bridge. It’s internationally known everywhere in the world. It’s a sign of welcoming to San Francisco. And as Mark Twain made famous, the coldest winter ever spent in the summer in San Francisco. The fog is what makes our city different.”

The uniforms will be worn by the Giants for the first time during its series on Friday through Sunday against the Washington Nationals. San Francisco will also wear it every Tuesday home game for the rest of the season.

The Giants took an open-minded approach during the design process, and they landed on one that they felt was both classic and modern. It was a design that paid homage to the uniforms that the team wore during the playing days of Willie Mays to the present.

“When you close your eyes and think about San Francisco, you think about the Giant orange, like the color that visually identified our team,” Giant’s director of retail and authentication Gavin Werner said. “As we saw through the design process, the one that stood out the strongest leaned into that orange and allowed that orange to be represented on the headwear, on the sock, on some of the undershirt.”

The team decided on the “G” on the Giants’ logo because it is instantly identifiable by locals and baseball fans. The “G” uses themes of the Golden Gate Bridge and the team decided to elongate the lettering to resemble the iconic structure and add the bridge’s silhouette to the side of the hat.