Sammy Sosa Feels He Was Wrongfully Punished By Chicago Cubs For Steroid Use - uSports.org 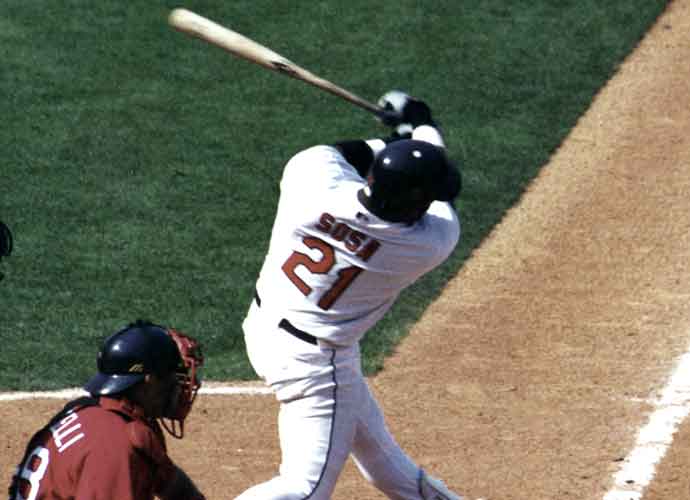 ESPN’s latest 30 for 30 Long Gone Summer, featured the Summer of 1998 where Sammy Sosa and Mark McGwire were in a heated race to break the single season home run record. McGwire won the race, but it would later come out that both players used performance enhancing drugs as a means to boost their numbers.

For Sosa specifically, the historic season made him the face of the Chicago Cubs franchise, but when it came out that Sosa used PEDs and a corked bat in 2003 although claiming still to this day that he never used steroids, the relationship between the Cubs and Sosa took a turn that has not changed since.

During the documentary, Sosa asked why the Cubs worried about him, when steroid use was immensely common during that era. “Why do they worry about me when pretty much everybody in that era did [steroids]?”

Sosa would be traded to the Baltimore Orioles following the 2004 season, which ended his 13-year career tenure with the Cubs. Since retiring from baseball, Sosa has not gone back to Wrigley Field. In speaking with ESPN, Sosa said, “What I don’t like is taking the blame for somebody else. That was a year that we had to do what we had to do. I feel [grateful] to the Chicago Cubs, they gave me the opportunity to be the player that I was….”

Sosa noted that he holds out hope about time healing all wounds and his relationship with the Cubs eventually returns to close to where it once was. “I believe time will heal everything,” he said. “My case is not a hard case to look at. I believe that in the near future somebody, a new owner… somebody [will] bring me back.”

Rays Agree To Trade Blake Snell To Padres For Prospects