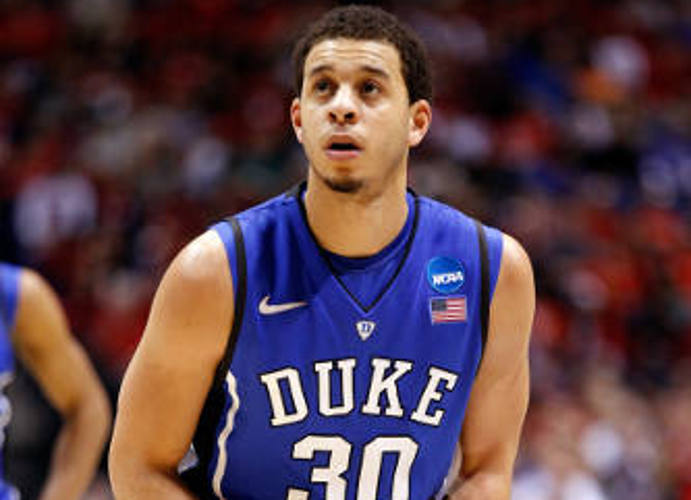 during the Midwest Regional Final round of the 2013 NCAA Men's Basketball Tournament at Lucas Oil Stadium on March 31, 2013 in Indianapolis, Indiana.

The Curry family has an impressive bloodline – first Dell Curry, then Steph Curry, and now Seth Curry, who was recently signed by the Sacramento Kings’ vice president Vlade Divac in a two year deal. The Kings, with solid guards in Rondo and Collison, don’t necessarily have a high threat scorer in the backcourt, and they are looking to Curry to be that person.

In Curry fashion, the former Blue Devil is a sharpshooter, and it was apparent during the Vegas Summer League. Seth was destroying the competition as the top scorer, averaging 24.3 points, a 2.3 differential to the next player, Zach LaVine. He was able to score on efficiently, totaling 146 points (45.9 FG%), but his true shooting percentage of 56.6% is more impressive, as it illustrates his ability to get to the line as he pleased and going 36 of41 when there. His ability to score is not reliant on his three point proficiency, as he went on 8-36 shooting, but he was demonstrated his potential from deep in college (.420.) This is exactly what the Kings need on their rotation, as Cousins and Gay consistently flood the paint, and a shooter would space the floor better.

However, he lacks the lateral quickness and speed needed of a top tier point guard. While he may be a presence on offence, if his man can consistently beat him, then that’s a cause for concern. There’s a little cushion, as with the drafting of rookie William Cauley Stein, a big paint presence may deter driving the lane.

To date he has only played 21 minutes in the NBA, but that’s more a result of being behind guard heavy depth charts. If it’s any indicator, his D-League stats are top class, 19.6 points, 5.8 assists and 3.0 rebounds in 38 games, and he posted production while in the NBA, 3 points, 2 steals and 1 rebound in 9 minutes.

For a team like the Kings, who have little in terms of their little guys scoring, Seth Curry should give them the boost that they need to go further into the playoffs.

The question now is: will Riley Curry make it to the WNBA?