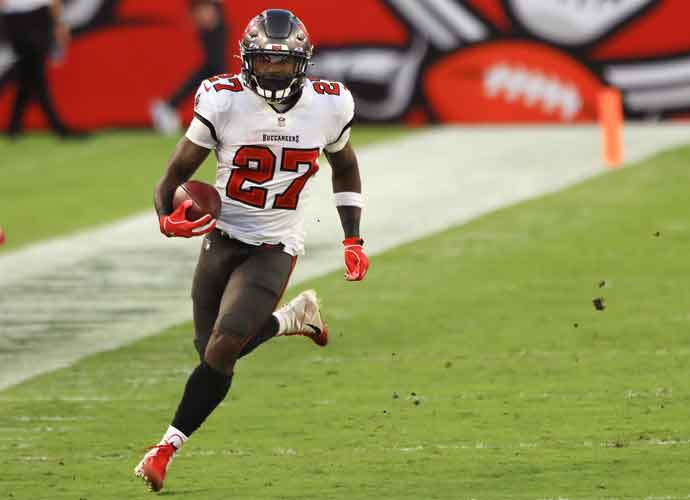 TAMPA, FLORIDA - OCTOBER 18: Ronald Jones #27 of the Tampa Bay Buccaneers runs against the Green Bay Packers during the third quarter at Raymond James Stadium on October 18, 2020 in Tampa, Florida.

Tampa Bay Buccanneers was feeding running back Ron Jones all game as he delivered against their week 10 matchup, the Carolina Panthers.

Jones was all over the game with his offensive contributions in Tampa’s 46-23 win over the Panthers. The win helped Tampa improve to seven wins and three losses this season. Jones had a fantastic night as he finished the game with 192 yards and a touchdown.

The highlight play of the night was from Jones himself. In the third quarter with Tampa up by three on the two-yard line. Tampa had a long way to reach the Panther’s end zone. That is where Jones came up clutch with an impressive 98-yard touchdown run. That touchdown became a record for the Buccaneers as it became their longest touchdown run in Tampa history.

After the play, Tampa went on to miss the field goal. Tampa was able to make it up when outside linebacker Jason Pierre-Paul got an interception that led to a field goal for Tampa. The Buccaneers were able to capitalize on the field goal to build upon their lead over the Panthers.

The performance against Carolina was a good sign for Jones. In the previous three games, Jones was able to record a combined 66 yards and one touchdown. Which indicated that the running back was in a slump. However, from that amazing performance in week 10, he was able to double his yards and make up for the three previous games. The Buccaneers and Jones would both hope that he keeps up the production.