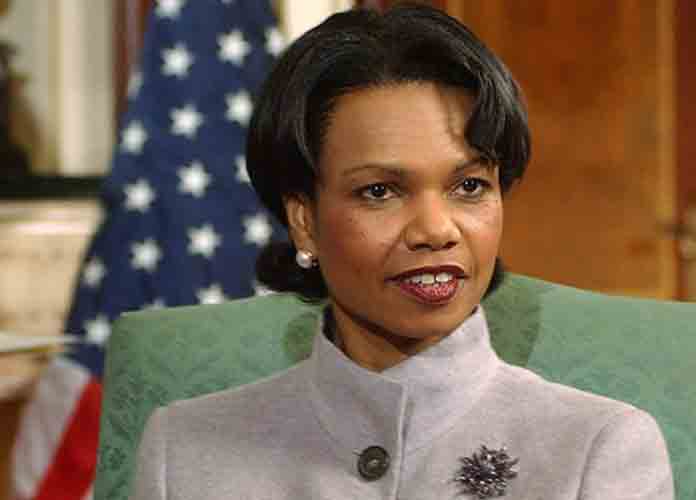 Browns general manager John Dorsey says that he is willing to hire a woman for the head coaching vacancy, and sources point to one of those considerations being former Secretary of State Condoleezza Rice.

The first black woman to hold the secretary of state position, Rice can make similar history even if she just lands an interview, as no woman has ever been interviewed for a head coaching job in the NFL. Dorsey issued a statement on the news of the team’s interest in Rice.

“Our coaching search will be thorough and deliberate, but we are still in the process of composing the list of candidates and Secretary Rice has not been discussed,” he said.

Rice also quelled the commotion, posting on Facebook that she isn’t ready to coach, but “would like to call a few plays” for her hometown Browns next season.

“I love my Browns — and I know they will hire an experienced coach to take us to the next level,” Rice wrote. “On a more serious note, I do hope that the NFL will start to bring women into the coaching profession as position coaches and eventually coordinators and head coaches. One doesn’t have to play the game to understand it and motivate players. But experience counts — and it is time to develop a pool of experienced women coaches.”

Rice, one of the first members of the College Football Playoff selection committee, from 2013 to 2016, has a thorough history of involvement with sports and with the Browns. She chaired a commission that suggested an end to the one-and-done rule in college basketball, among several other major rule changes. She often attends Browns games and appears in advertisements representing her team. But this doesn’t necessarily warrant a head coaching job, nor does an interview.

The Browns are simply interested in seeing what Rice can bring to the organization in terms of leadership and input, and this could lead to an official position as a consultant, and at the very least pushes the discourse that can benefit women in professional sports.

The news prompts a discussion concerning the represenation of women in leadership roles throughout professional sports. The NFL has cosigned the upward trend, as several teams including the Buffalo Bills, Oakland Raiders, and San Francisco 49ers have each hired women to various positions within the staff; Kathryn Smith, as a quality control assistant, Kelsey Martinez with the strength staff, and Katie Sowers as an offensive assistant, respectively.

The NBA, noted as an inclusive, progressive league with thorough representation has mirrored this, as the San Antonio Spurs hired former WNBA star Becky Hammon as an assistant coach. Speculations circulated that Hammon could be the potential suitor to the throne once head coach Gregg Popovich retires, which would make Hammon the first female head coach in NBA history.

Rice has made it a practice to obliterate racial, gender, and professional boundaries. Even if she doesn’t end up coaching the Browns, Rice’s prowess makes even the mighty shield of the NFL quiver in its gravity.

The Cleveland Browns Are Poised For A Big Year