Terrell Owens Gets Presented With Hall of Fame Ring At 49ers Vs Raiders Halftime Ceremony - uSports.org 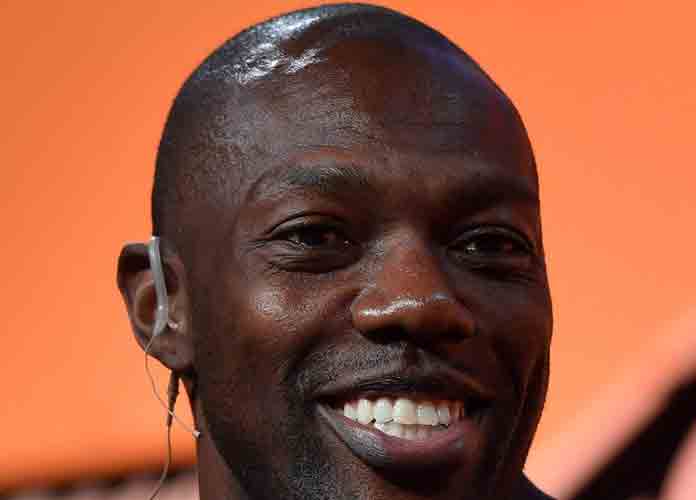 , Owens was presented with Hall of Fame ring during a ceremony at halftime of TNF’s game between the 49ers and the Raiders.

Terrell Owens, 44, was presented with a Hall of Fame ring during the halftime ceremony of Thursday night’s game between the San Francisco 49ers and the Oakland Raiders at Levi’s Stadium.

Three months ago, Owens was enshrined into the Pro Football Hall of Fame but announced that he would skip the induction ceremony and hold his own celebration at his old alma mater the University of Tennessee at Chattanooga.

Because of his reputation as a “diva,” Owens was snubbed by Canton voters two years in a row. Owens took the snub personally saying he believed they brought off-field issues into their deliberations instead of focusing solely on what he did as a player.

“No regrets at all,” Owens said about his decision to skip the ceremony. “If anybody knows who Terrell Owens is outside the media portrayal of me throughout the course of my career. They know what I did. I stand by what I did. … When they tried to bring other things outside my body of work and my accomplishments, that was an issue for me. My stats spoke loudly. They spoke for themselves.”

Owens spent his first eight NFL seasons with San Francisco establishing himself as one of the best receivers of his generation.

He was part of eight playoff teams but only reached the Super Bowl once after joining the Eagles in 2004.

There will never be another player like T.O.@TerrellOwens‘ career highlights are a MUST-WATCH. 🔥💪🔥 #PFHOF18 pic.twitter.com/8rEljHJ0HD

He was a five-time All-Pro receiver, a six-time Pro Bowl pick and one of the most entertaining players to ever touch the field.

“I can’t look back and say I would have done anything differently,” he said. “I wanted to be a 49er for the rest of my career if that could happen, but not many people start and finish where they started. Look at Jerry (Rice), look at Joe Montana.”

“This is awesome,” Owens said before the game while wearing his gold Hall of Fame jacket. “This is an opportunity to give something to the fans. Ever since I left in 2003 and went on and did some great things, but this is where it started, my first eight years of my career.”

Owens had a sensational 15-year career in the NFL playing for San Francisco, Philadelphia, Dallas, Buffalo, and Cincinnati.