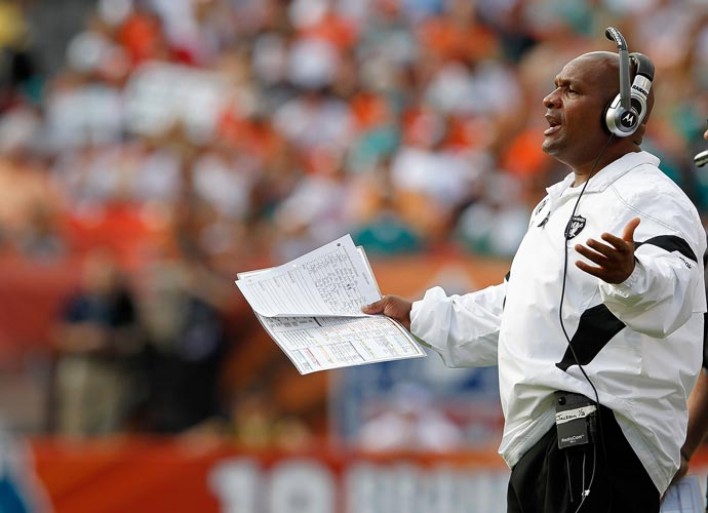 The move comes after a 2-5-1 start to the 2018 season, which saw multiple stumbles and devastating losses for the franchise, and an incomprehensible three wins in over two seasons under the regime. Jackson’s 3-36-1 record with the Browns is the worst head-coaching record for one team in NFL history. He never won a game on the road, as the Browns were 0-20 during Jackson’s tenure, the worst road record by any coach with a single team in the Super Bowl era.

Defensive coordinator Gregg Williams has been named the interim coach in the meantime. The second-year coach with the team has seen relative success: the Browns have improved significantly on defense and are first in the league in takeaways in 2018 with 22. He’s a longtime NFL coach with years of defensive experience, but is most notable for his involvement in “Bounty-gate,” which involved Saints players being paid for hits that injured opponents. Williams would be suspended for an entire season, the longest in league history.

Freddie Kitchens will serve as defensive coordinator in Williams’ place.

Jackson joins Cavaliers head coach Tyronn Lue, who was fired after a winless (0-6) start to the 2018 season, leaving two voids at the heads of Cleveland sports — and in the hearts of Cleveland fans — again.