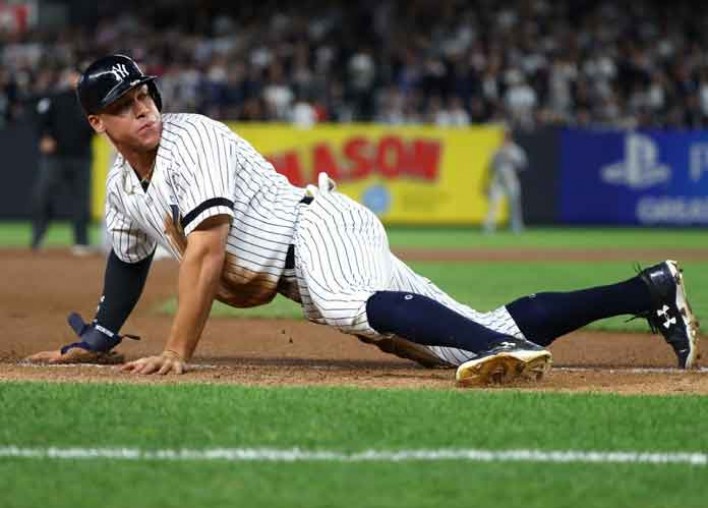 NEW YORK, NY - OCTOBER 03: Aaron Judge #99 of the New York Yankees slides safe to third base after an error by Minnesota Twins during the seventh inning in the American League Wild Card Game at Yankee Stadium on October 3, 2017 in the Bronx borough of New York City. (Photo by Al Bello/Getty Images)

Although Game three of the ALCS between the Houston Astros and the New York Yankees has yet to be played, Yankees manager Aaron Boone already has an eye on Game four, which is scheduled for Wednesday night in New York.

The forecasted rain has forced Boone to do some deep thinking about his pitching options heading into the important matchup. Game four is scheduled to begin at 8:08 p.m. EST on Wednesday.

After Game two, the series moved from Minute Maid Park in Houston, a park that has the potential to be covered via a retractable roof. In the Bronx, however, rain would fall into the seats at Yankee Stadium with no roof to stop it.

Boone was quick to say that while rain has been forecasted for all of Wednesday, it was still a long way away, something that indicates he was not going to jump and make a rash decision. The pressing question for most is whether or not the winner of Game one, Masahiro Tanaka, will come back on short rest to throw on Wednesday night, after throwing only 68 pitches in the first matchup of the series.

“No, I don’t see that,” Boone said of Tanaka starting Game four. “Unless it rains Wednesday, or unless we change our mind.’’

One other option for the Yankees would be to trot out southpaw J.A. Happ, who was the one to give up the walk-off home run to Carlos Correa that ended Game two of the series. Conversely, the Bronx Bombers could go with a less traditional approach and “staff” the game by using multiple different pitchers in their bullpen to eat up the innings.

Boone also talked about how he has been in recent contact with his father, Bob Boone, a former All-Star and Gold-Glover who is now an executive for the Washington Nationals.

“I talked to him last night on the ride (to the hotel) from the (team) bus,’’ Aaron Boone said of his father. “(I have to be) careful with what I say. I don’t want him Jedi mind-tricking me and sneaking information out of me.’’

Boone gave his team the day off on Monday in preparation for Tuesday’s matchup at home. Luis Severino is facing off against the Astros’ Gerrit Cole for Game three. 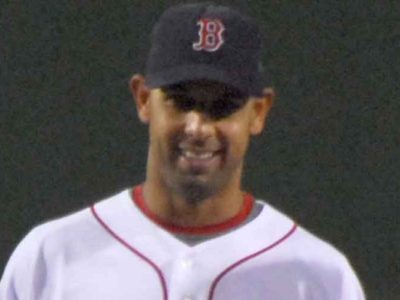