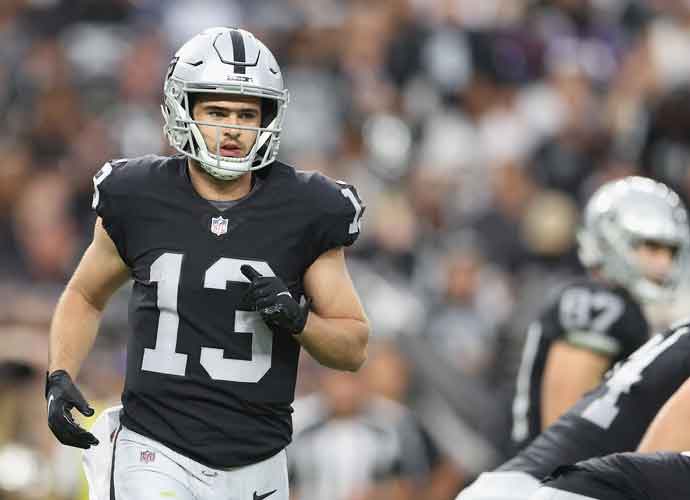 LAS VEGAS, NEVADA - SEPTEMBER 13: Wide receiver Hunter Renfrow #13 of the Las Vegas Raiders in action during the NFL game at Allegiant Stadium on September 13, 2021 in Las Vegas, Nevada. The Raiders defeated the Ravens 33-27 in overtime. (Photo by Christian Petersen/Getty Images)

The Las Vegas Raiders have filed a complaint with the NFL about the Baltimore Ravens delivering dirty away-from-the-ball hits against wide receiver Hunter Renfrow during the Week 1 matchup.

One such example was cornerback Marlon Humphrey’s shot on Renfrow near the sidelines. Humphrey expressed regret for that specific play, “I did hit Hunter Renfrow a little after the play. I thought Derek Carr was out of the pocket. I apologized to him on the field. That was a play I wish I could take back.”

Linebacker Patrick Queen also laid out the receiver in another play.

It remains to be seen whether the NFL deems the hits to be worthy of fines and/or suspension.

However, Renfrow doesn’t seem in the least bothered by the blindsided shots.

“I didn’t notice anything different from any other game,” he said. “You get so caught up in the game and just winning and playing your best that you don’t even notice… whatever they’re trying to do.”

#Raiders have compiled videos and have filed a complaint to the NFL about the #Ravens delivering dirty and unnecessary hits on WR Hunter Renfrow in Monday game, per @VicTafur. Team claims there are several instances. Here’s one example (bottom of screen) pic.twitter.com/IAYHcx9e20