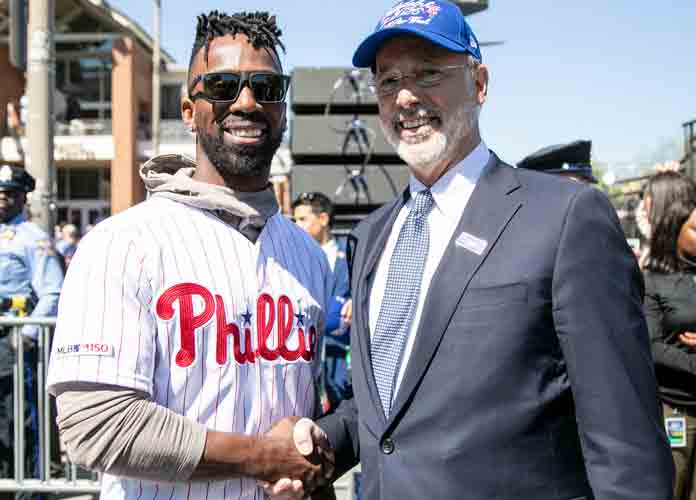 Philadelphia Phillies outfielder Andrew McCutchen suffered an apparent knee injury on Monday night against the San Diego Padres. He was hurt earlier in the first inning of the game and did not return.

The Padres won the game 8-2. McCutchen was caught between first and second base, trying to avoid being tagged out by spinning away from one of the Padres’ players when his knee twisted up.

The Phillies are already in a pickle with several holes in the outfield. Odubel Herrera is still on standby after his domestic violence arrest after an alleged incident between him and his girlfriend. Herrera is currently placed on administrative leave by the MLB offices during the investigation. The Phillies acquired outfielder Jay Bruce from the Seattle Mariners because of this incident, and now, McCutchen will have to sit out indefinitely. McCutchen walked off after the injury, but it could still be serious. According to CBS Sports, you can usually walk in a straight forward line even on a torn ACL. The pain will be there but it’s not impossible to walk straight. With it being a non-contact injury as well, that usually means it could be a muscle tear or other similar issue.

Andrew McCutchen has exited today’s game with an injury and had to be helped off the field. pic.twitter.com/bAy1yQ85uH

“I didn’t feel it pop or anything,” McCutchen said, according to Fox News.  “Something felt uncomfortable, something that made me grab my knee and go down. I’ve had an ACL injury before and I know what that feels like. This didn’t feel like that.” McCutchen underwent an MRI Tuesday to follow up.

McCutchen has a .256 batting average this season, with 10 home runs in 59 appearances. The Phillies still have Bryce Harper in the outfield, with his world-record-breaking 13-year, $330 million contract. The Phillies are currently top of the NL East, just half a game ahead of the Atlanta Braves and 4.5 games ahead of the New York Mets.