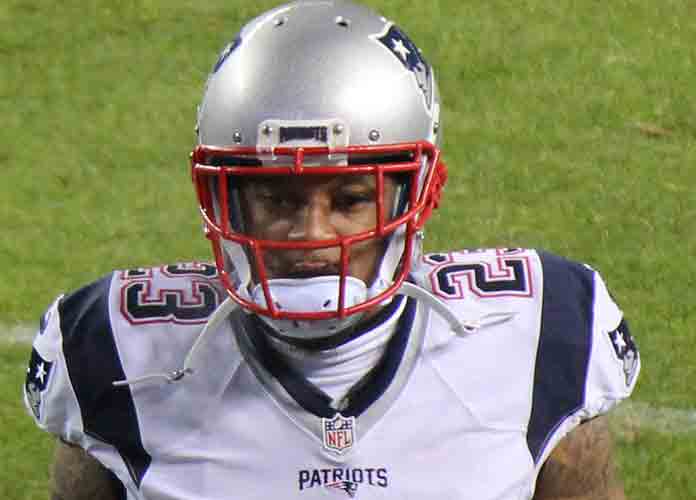 Patrick Chung with the Patriots in 2017 (Jeffrey Beall/Wikipedia)

Patrick Chung, a New England Patriots safety, was indicted on a cocaine possession charge earlier this month by a New Hampshire grand jury, it was reported Thursday.

According to USA TODAY Sports, 32-year-old Chung’s indictment came on Aug. 8. This follows members of the Meredith Police Department in New Hampshire answering a “call for service” at the safety’s home on June 25 that did not result in Chung’s arrest. Court documents do not name a lawyer for the three-time Super Bowl champion.

New England Patriots safety Patrick Chung is scheduled to be arraigned on a charge of cocaine possession on Wednesday, according to the Belknap County Attorney’s office in Laconia, New Hampshire.

The Patriots issued a statement saying they are “aware of the reports regarding Patrick Chung” but “will not be commenting while his judicial proceedings take place.”

Chung, who is recovering from a shoulder surgery he underwent during the offseason, did not play in either of New England’s first two preseason games.

The Pats safety could likely face punishment from the NFL for violating its substance abuse policy. He is set to be arraigned on Wednesday.

Chung initially played with the Patriots from 2009 to 2012 after being drafted as a second-round pick out of Oregon. The safety then joined the Philadelphia Eagles for a year before returning to the Patriots in 2014.

Throughout his NFL career, Chung has logged more than 700 tackles and 11 interceptions.

Good stuff: Patriots safety Patrick Chung tossing footballs into the stands to fans, and then catching their return throws. pic.twitter.com/fu2FPVYtTT