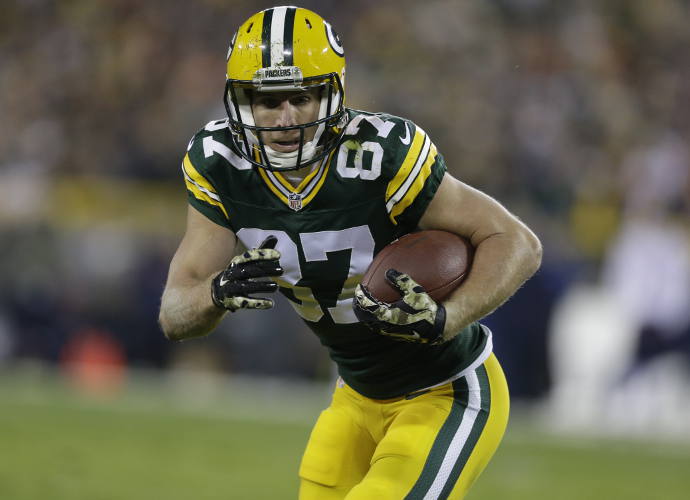 While Ryan Broyles lives off $60,000 of his yearly contract, Green Bay Packers wide receiver Jordy Nelson may have one up’ed him, as he spends up to 12 hours per day on his family’s farm during the off season.

Signing a four-year $39 million contract after starring as quarterback in high school, then transitioning into a wide receiver at Kansas State, Nelson has made his impact known in the NFL. With a career total 6,109 receiving yards on 400 receptions and 49 touchdowns, Nelson is a man who is no stranger to putting in work. So, it isn’t too big of a surprise that the 6’3’’ athlete helps his family every once in a while on their Kansas farm.

In an interview with ESPN, Nelson said that during the offseason, he works up to 12 hours driving a combine to cut wheat or rounding up a herd of over 1,000 cows. With his weaving in between that many cows, finding an opening after being covered by only one cornerback must be child’s play.

“Working cattle is my favorite farm duty,” he said. “I probably identify more as a farmer [than a football player].”

In an interview with the 700 club, Nelson explains that the reason he has success on the field is due to the things he learned on the farm. The top things that he took away? Discipline, hard work, and doing his part.

“I think growing up on a family farm… we relied on everyone to do their part,” Nelson tells the 700 club. “You have to be disciplined in what you’re doing, know what you’re doing in order to get it done correctly to provide for the family”

With his large contract and excellent mindset, it comes as no surprise that the farm boy from Kansas hasn’t forgotten his roots.