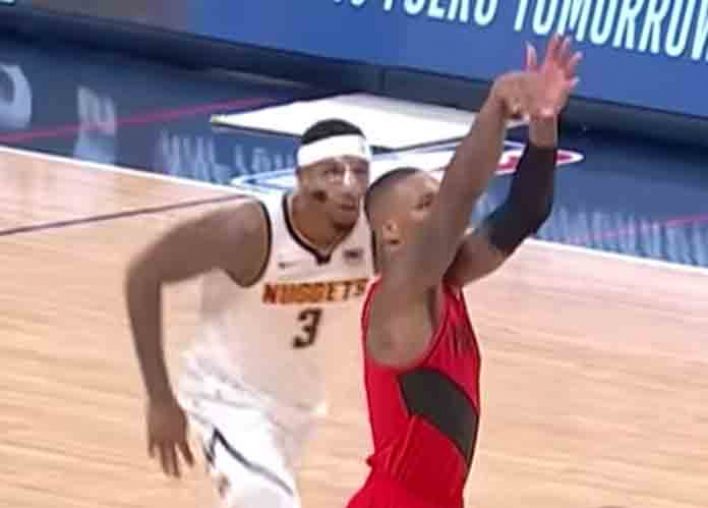 Early in the second quarter of Game 2 against the Portland Trail Blazers at Pepsi Center, Craig went after a rebound and seemed to bounce off opponent Zach Collins and then crash into teammate Monte Morris‘s leg. Craig, 28, then fell hard onto the court and trainers rushed to tend to him. After it became clear Craig was bloodied, he returned late in the third period wearing a clear face-mask. His team said he had suffered a nasal contusion.

“He fights. He’s a fighter,” said Nuggets forward Paul Millsap. “Hate to see something like that happen, but for him to come back and be inspiring like he did, it was unbelievable.”

More physical roughness in Wednesday’s game only further complicated the matchup between Denver and Portland, especially one incident that occurred in the dying moments of the contest.

With around one minute remaining in the final quarter, Blazers center Enes Kanter took a free throw and bumped into Craig, and the poor Nuggets small forward fell the floor again. Jamal Murray became visibly angered and started a scuffle with Kanter as other players joined in. Murray and Kanter both earned technical fouls after teammates and coaches rushed to break them apart.

Kanter claimed him knocking over Craig was simply an accident because he himself was pushed by Nuggets star Nikola Jokic. Millsap responded by saying that he found Kanter’s aggression unacceptable either way.

Although neither Kanter nor Murray were ejected, some fans at Pepsi Center were tossed from the arena with just seconds left in the game for fighting or throwing objects around in anger.