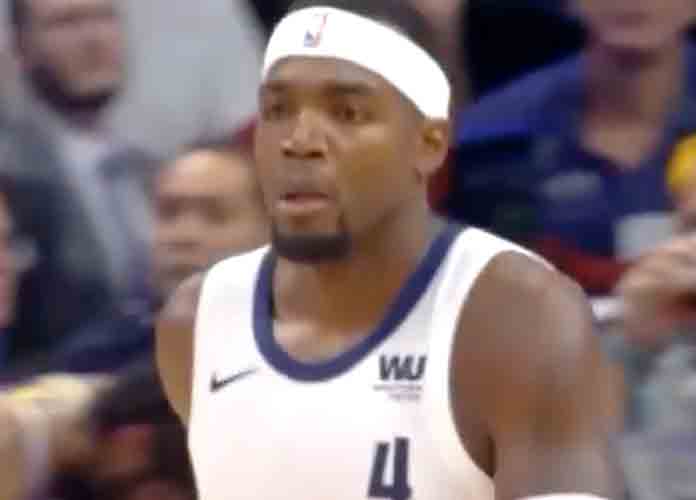 Kristaps Porzingis is often called “the unicorn” due to his freakish size and passing ability when he’s on the court for the New York Knicks.

Some might say that Denver Nuggets center Nikola Jokic has that same skill set but just makes it look a lot more sluggish and unimpressive. But no one doubts that the Nuggets bring on a wave of emotions when you watch them play.

Jokic is out on the court, looking like a cross between Steve Nash and a seven-foot Pillsbury doughboy. He drives in, is double-teamed, and passes through his legs without looking to his teammate. This is good.

Then you find out that teammate is Paul Millsap. This is bad. Paul Millsap is still playing professional basketball in the highest quality league on the face of this Earth. He was drafted well over a decade ago with a throwaway second-round pick by the Utah Jazz. Millsap catches the ball and drives directly into the center who was guarding Jokic. He does an awful attempted layup, which he airballs. It’s so bad that it honestly might have been considered stat-padding if he got his own offensive rebound. There’s no human explanation for this play. But Millsap, of course, doesn’t get the rebound. Instead, the ball bounces around between him and two Memphis Grizzlies defenders.

The bad play didn’t stop there, however. The Nuggets went down by 14 points to the Grizzlies at the end of the quarter, who by then had scored 30. They were 2-14 in their last 16 games. Memphis was also trying to deal its two cornerstone players, Marc Gasol and Mike Conley, away. This is unacceptable.

Yet somehow, the Nuggets came back. They’d eke out a 95-92 win off of Jokic’s 24 points. Currently, they’re in the No. 2 seed in the Western Conference and only 1.5 games behind the Golden State Warriors. While Millsap was a four-time All-Star in his prime, their success is a testament to Jokic’s abilities.