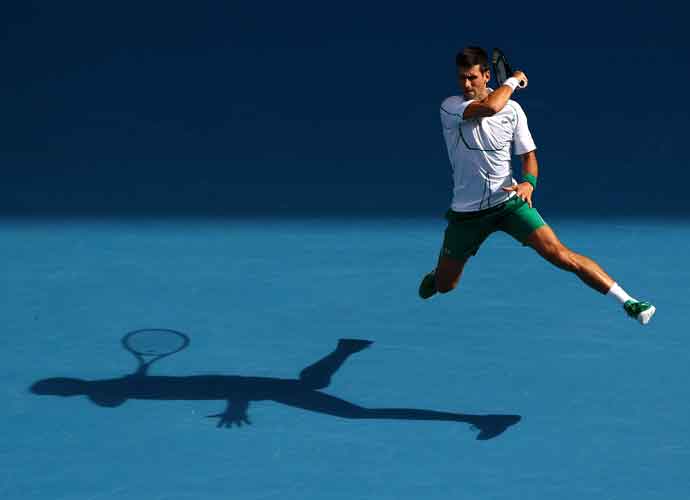 Novak Djokovic made a permanent mark on the history of professional tennis in his win at Wimbledon, marking his 20th major title – tying him with Roger Federer and Rafael Nadal.

“They have helped me to realize what I need to do in order to improve to get stronger mentally, physically, tactically. When I broke into the top 10 for the first time, I lost for three or four years most of the big matches that I played against these two guys and something shifted at the end of 2010 and the beginning of 2011. The last 10 years has been an incredible journey that is not stopping here,” Djokovic said about the two fellow tennis legends.

Djokovic certainly has the stat sheet to be considered the greatest player ever. He is the only man to defeat Federer three times at Wimbledon, and the only one to best Nadal twice at the French Open. He has held the number one ranking in the ATP more weeks than any other player and is the only person to win all nine Masters 1000 men’s singles titles (he’s done this twice).

Pete Sampras held the record for grand slam titles before this trio, winning 14. “If you would have asked when I walked off with 14 majors if three guys would pass me in the next 15 to 19 years, I would have said, no way,” Sampras said in a recent interview with Christopher Clarey.

The record is bound to be broken by one of these three players. The advances in recovery technology, nutrition, equipment and more have given longevity to many players’ careers that would otherwise be quite rare. While Nadal and Federer seem to age, though, the 34-year-old Djokovic seems to still be in his prime.

Djokovic has acknowledged the history on the line in his next major tournament. He has reiterated, though, that he tries to focus on the task at hand – sound play and winning individual games that give him the chance for tournament victories.

Djokovic has a chance at history in the U.S. Open, the last slated major for the year – he has won the previous three majors this circuit.