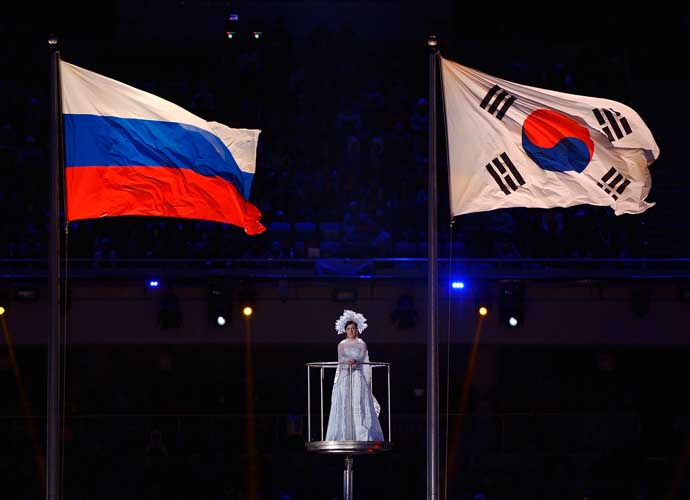 North Korea agreed on Tuesday to send athletes to February’s Winter Olympics in Pyeongchang, South Korea, a major breakthrough that comes after months of rising tensions over the North’s rapidly growing nuclear program.

During discussions held at the border village of Panmunjom, North Korean negotiators quickly accepted their Southern neighbors’ request to send a huge delegation to the Winter Games, which begin Feb. 9. In addition to the athletes, North Korea will reportedly send a cheering squad and a performance-art troupe.

The even will mark the first time North Korea has participated in the Winter Olympics in eight years. The country has competed in every Summer Olympics since 1972, except the 1984 Games in Los Angeles and the 1988 Games in Seoul, both of which it boycotted.

In fact, North Korea not only boycotted the 1988 Games but also attempted to disrupt them after discussions with South Korea about a potential co-hosting opportunity fell apart. . North agents planted a bomb on a Korean Air passenger plane in 1987 in a terrorist attack that the South said was aimed at sabotaging the 1988 Olympics. All 115 people on board were killed.

It remains unclear whether North Korea has declared any conditions for its decision to attend this year’s Olympics.

The agreement was reached between Cho Myoung-gyon, the South Korean cabinet minister in charge of relations with the North, and his North Korean counterpart, Ri Son-kwon.

Ri surprised many when he suggested that the negotiations be open to the press. However, Cho only agree to open parts of the talks to reporters.

North Korea has also become caught in a tense relationship with the United States. Kim Jong-Un and President Donald Trump have exchanged several verbal insults in recent months, dating back to Trump’s appearance at the United Nations in September. The former “The Apprentice” star called his North Korean counterpart “Little Rocket Man,” and Jong-Un called Trump a “dotard.”

On Jan. 2, Trump lashed out at Jong-Un’s statement that he had his hand on the nuclear button at all times by responding on Twitter that the U.S. also has a “much bigger and more powerful button.”

Jong-Un had already said he would be willing to hold talks with South Korea in a New Year’s Day speech.

The International Olympic Committee is eager for the North to return, and has vowed to help cover its athletes’ expenses in Pyeongchang.

The only North Korean athletes to qualify for the Pyeongchang Games so far are a pairs figure skating team. However, North Korea missed an Oct. 31 deadline to accept invitations from the IOC and South Korea to join the Games.

South Korea’s president, Moon Jae-in, and his administration say North Korea will be less likely to conduct a nuclear or missile test during the Olympics if its athletes are competing in the South. South Korea reportedly hopes to use such a break in the standoff to create a momentum for negotiations between North Korea and the United States.

Due to all the tensions between North Korea and South Korea, some nations like Great Britain have reportedly begun devising plans to prepare for a potential evacuation from the Pyeongchang Olympics if necessary.