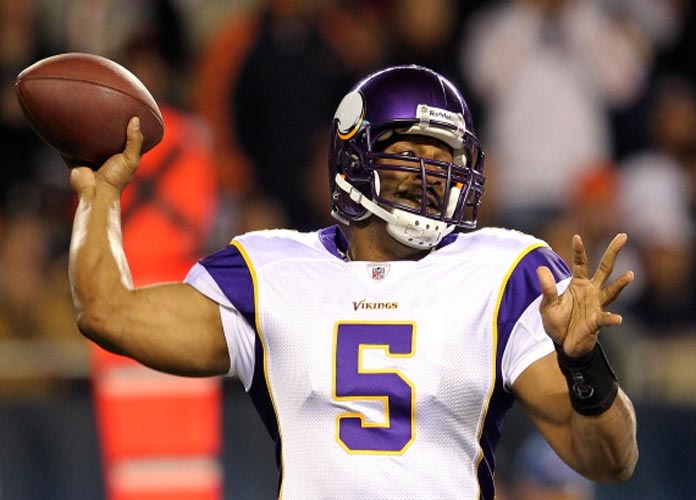 CHICAGO, IL - OCTOBER 16: Quaretrback Donovan McNabb # 5 of the Minnesota Vikings passes during the game against the Chicago Bears on October 16, 2011 at Soldier Field in Chicago, Illinois. (Photo by Jamie Squire/Getty Images)

The list of Modern-Era nominees for the Pro Football Hall of Fame’s Class of 2017 consists of 94 players and coaches. Among the nominees announced are several first-year eligible players, including Donovan McNabb, Hines Ward, LaDainian Tomlinson and Jason Taylor.

The finalists will be presented to the full 48-member Pro Football Hall of Fame Selection Committee during its annual selection meeting on the day before Super Bowl LI next year, in February. Also to be presented are the recently named Senior Finalist, Kenny Easley, and the 2017 Contributor Finalists, Jerry Jones and Paul Tagliabue.

The selection committee will meet on February 4, 2017 in Houston, Texas to elect the Class of 2017. Although there is no set number for any class of inductees, the selection process by-laws provide that between four and eight new members will be chosen.

Easley, Jones and Tagliabue will be voted “yes” or “no” for election at the annual selection meeting, and must receive at least 80 percent support from the Committee in order to be elected.

The Pro Football Hall of Fame’s Class of 2017 will be formally recognized on Saturday, August 5, 2017. The presentation is one of three marquee events to be held in the fantastic new Tom Benson Hall of Fame Stadium during the Enshrinement Week along with the Concert for Legends and the NFL/Hall of Fame Game. The celebration will begin with the nationally televised Gold Jacket Dinner on Thursday night of Hall of Fame Week.

The annual Enshrinement Ceremony is televised nationally by the Hall of Fame’s broadcast partners, NFL Network and ESPN.

CHICAGO, IL – OCTOBER 16: Quaretrback Donovan McNabb # 5 of the Minnesota Vikings passes during the game against the Chicago Bears on October 16, 2011 at Soldier Field in Chicago, Illinois. (Photo by Jamie Squire/Getty Images)

Read more about:
Class of 2017 Donovan McNabb Hines Ward nominees Pro Football Hall of Fame
Listen to the uInterview Podcast!
Get the most-revealing celebrity conversations with the uInterview podcast!