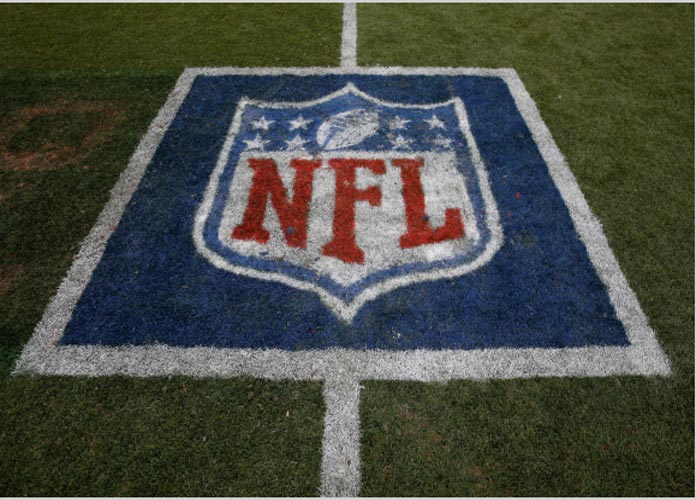 Caption:DENVER, CO - SEPTEMBER 14: The NFL logo is displayed on the turf as the Denver Broncos defeated the Kansas City Chiefs 24-17 at Sports Authority Field at Mile High on September 14, 2014 in Denver, Colorado. (Photo by Doug Pensinger/Getty Images)

As part of their new television deal and the 17-game regular season, the NFL will be making new changes to its regular season format.

One of the alterations that the league will do involves its iconic Monday Night Football doubleheader. The NFL will eliminate the doubleheaders during Week 1 of the regular season. The doubleheaders have been a long staple of the league and its regular-season schedule. Moving forward, doubleheaders will not be part of Week 1, and this will be implemented this upcoming season.

The Week 18 schedule format will be the following: doubleheader games will feature one game played in the late afternoon, and the second will be during primetime. On Sunday, there will be 13 games played early and late Sunday afternoon. One of the Sunday night football games will feature the top-flexed game of the weekend.

Week 18 doubleheaders will be flexible, so fans will not know who will be playing until we get closer to the end of the regular season. It will depend on how teams are doing and if there are playoff implications during the final week.

A doubleheader for Week 18 will surely bolster ratings for the league. Last year, Week 1 doubleheader game ratings were down.