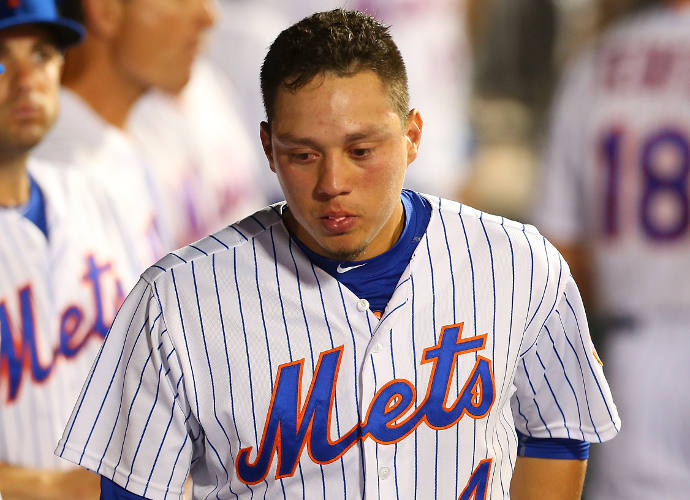 at Citi Field on July 29, 2015 in Flushing neighborhood of the Queens borough of New York City.

It’s a bad week for a lot of MLB teams, but the New York Mets recently took a hit as they got destroyed 7-3 by the San Diego Padres, even as Mets first basemen Lucas Duda hit three homeruns. To add to the fire, Mets fans who were annoyed at hearing a prospective trade for Atlanta Braves outfielder Carlos Gomes, were absolutely livid when they head that the deal actually came to fruition.

If that wasn’t enough, Mets shortstop Wilmer Flores, was caught crying on the field due to a notice that he would be leaving the team to join the Milwaukee Brewers. And just to add some pepper to the salt, Mets coach Terry Collins left Flores in the game even as he struggled to control himself, causing fans to go absolutely bonkers.

Afterwards during a press conference, Collins faced criticism from the media about his actions, but he criticized those who were critiquing him, by speaking about the frustration he has due to the media culture he has to operate in.

It seemed rather heartless for Collins to leave Flores in the game, but at the end of the day he is sympathetic, but Flores is still a professional who gets played to do what he does. And when I say sympathetic I mean it loosely, as in the just said to suck it up type of way.

Well, I guess after the loss, Collins had to suck it up as well.