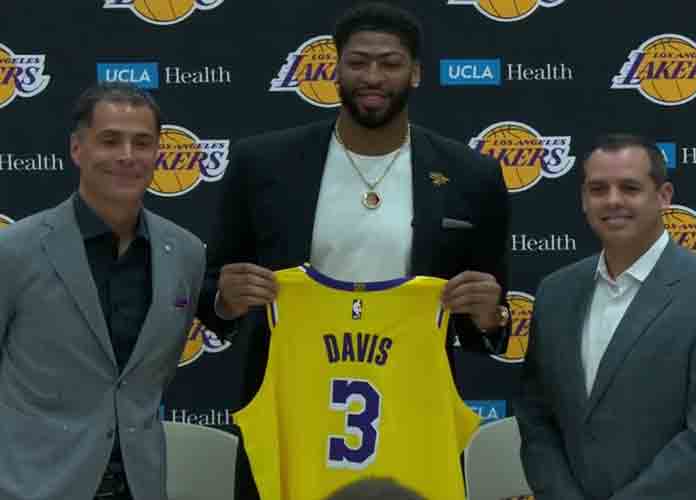 The NBA released the schedule for the 2019-20 season on Monday, and several top veteran players will be making their debuts with their respective new teams. The Los Angeles Lakers also lead all teams in the league with 31 national television appearances. Here are some of the big dates to note:

GET DEALS ON NBA TICKETS HERE!

The season will begin on Tuesday, Oct. 22 and will feature a doubleheader between the New Orleans Pelicans and the Raptors in Toronto and between the two Los Angeles teams, the Lakers and the Clippers. Zion Williamson, a Duke product and the first overall pick in this year’s draft, should also likely make his debut with the Pelicans that night.

On Nov. 27, Anthony Davis will return to New Orleans as a new member of the Lakers, while newly-minted New York Nets guard Kyrie Irving will playing against his former Boston Celtics at TD Garden.

Kawhi Leonard, who just joined the Los Angeles Clippers this offseason, will return to Toronto to play the Raptors on Dec. 11. Leonard helped lead the Raptors to their first NBA title in June.

Kemba Walker, who is now a player for the Boston Celtics, will return to play his former team the Hornets in Charlotte on Nov. 7.

On Dec. 22, Clippers forward Paul George will be back in Oklahoma City to face his former Thunder squad. Meanwhile, George’s All-Star former Thunder teammate Russell Westbrook will return to OKC as a Houston Rocket on Jan. 9.

Which team are YOU most excited to watch?? pic.twitter.com/jfsx68h1ET

On Christmas Day, there will be five marquee games played, including the Celtics visiting the Raptors and the Bucks visiting the Sixers. The Rockets will also play at the Warriors, the Clippers will play at the Lakers and the Pelicans will visit the Denver Nuggets.

Compared to previous years, start times for nationally televised doubleheaders on the East Coast were moved up to earlier in the day. The number of 10:30 p.m. EST start times was cut down to 33 from 57.

This year’s NBA schedule also includes a record 48 prime-time games for Europe, some of which will take place on Saturdays.

Here are some key contests to note for this upcoming NBA season: