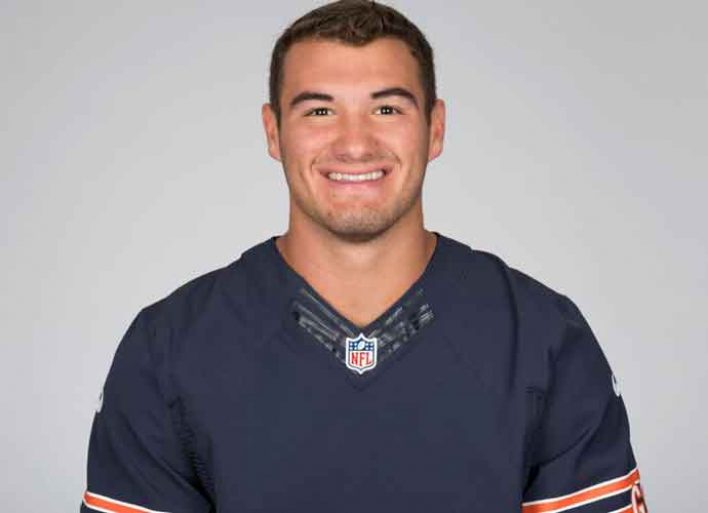 Reminding us all that despite their great stature and physical excellence, NFL quarterbacks also relish life’s guilty pleasures, such as gulping down a cold beer like a juiced up college frat–boy. NFC North quarterbacks Aaron Rodgers, Matthew Stafford and now Mitchell Trubisky appear on a mission to out–do each other despite football season distanced far off in the rear view mirror. Each player gleefully holding a beer, now continues to put on a fun, yet unusual show during league’s intermission between season.

Trading in pigskins for a kegs, Rodgers and Stafford initially opened the door for the trio’s next opportunity to compete against each other, as after a video showed Rodgers chugging a beer while aiming to best teammate David Bakhtiari at a Milwaukee Bucks game prompted Stafford’s wife to share a video illustrating her husband’s beer consuming skills, mocking Rodgers after his lackluster performance against Bakhtiari. Not to be left out, Trubisky displayed his talents as well while at Chicago White Sox game, hoping to end the argument asking which gunslinger reigns supreme when emptying a mug stands as the challenge after guzzling his drink alongside some teammates.

This is how you get it done, @AaronRodgers12. pic.twitter.com/lCQumGGDnx

Although a formal competition remains unscheduled, this comical “drink off” between Rodgers, Stafford and Trubisky continues to draw interest, and now lure in other competitors to the game. Reigning league MVPs Christian Yelich and Patrick Mahomes also joined the fiasco, as each star downed their drink while flashing across the big screen at sporting events. However, Tom Brady‘s performance months before the trend’s expansion deserves recognition, as the six–time champion emptied his glass remarkably quick while on The Late Show with Stephen Colbert.

While beer chugging doesn’t put money in the bank for each athlete as their more notable skills already do, this recent spectacle gives both needed entertainment for NFL fans while also generating opportunities to compete for players amid the year’s driest point.