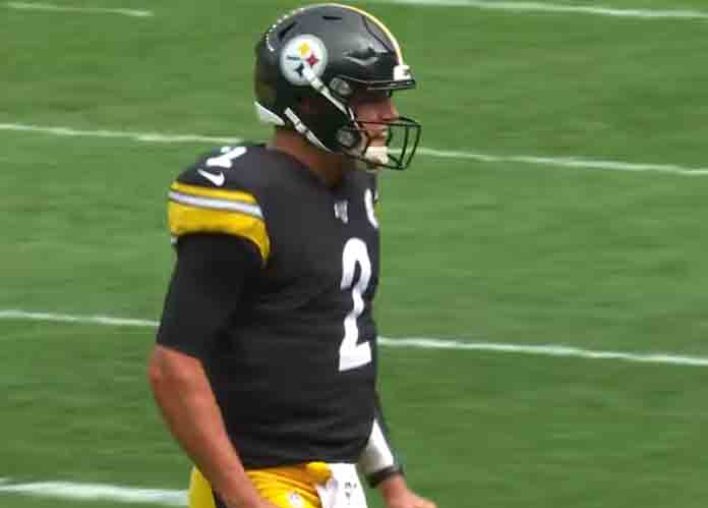 Mason Rudolph, Steelers Fall To 0-2 With 28-26 Loss To Seahawks After Roethlisberger Exit [VIDEO]

The Pittsburgh Steelers almost capped off a fourth-quarter rally in their home opener on Sunday. However, they came up a field goal short and fell to the Seattle Seahawks 28-26 at Heinz Field.

The most shocking part of the comeback was that it was led by second-year quarterback Mason Rudolph and did not feature any tackle-breaking runs by starting running back James Conner. Rudolph took over the game late in the second quarter after the exit of the Steelers’ all-time passing leader, Ben Roethlisberger. During Pittsburgh’s final drive of the half, Roethlisberger threw a pass and instantaneously reached down to grab his throwing arm, thus spelling the end of his day. Connor left the game in the fourth quarter with a knee injury and was also marked as questionable. However, he would not return either.

Head coach Mike Tomlin stuck to his guns, stating that the Steelers were and are still capable of being a winning team, no matter who is on the field.

“We lost a number of guys in this game, but that wasn’t the reason why we didn’t win this game,” Tomlin said following the team’s loss on Sunday. “We were fully capable with the guys that were on the field. We didn’t make enough plays, to be quite honest with you.”

Much like the Steelers’ coach, it seems as though all of the players have the utmost confidence in Rudolph, Pittsburgh’s 2018 third-round pick out of Oklahoma State. Rudolph was also the 2017 winner of the Johnny Unitas Golden Arm Award, given to the best senior quarterback in college football. The youngster stepped into the game and looked to already be in midseason form.

In his first career NFL appearance, Rudolph completed 12 of 19 passes for 112 yards and 2 touchdowns and only threw one interception. That lone interception, conversely, came on a pass that hit receiver Donte Moncrief in the hands and bounced into the waiting arms of Bradley McDougald.

Both of Rudolph’s touchdown passes were caught by tight end Vance McDonald, who finished with 7 catches in the loss. The veteran tight end displayed confidence in the Steelers’ young gunslinger after the game.

“I think he’s come a long way since last year,” McDonald said of Rudolph. “If he’s our guy, then he’s our guy, and we have to move forward with him.”

The Steelers’ season has gotten off to a rocky start, something that is evident by their 0-2 record. However, it seems as though their spirits are rejuvenated heading into Week three, even with the injuries of two key starters looming over their heads; One thing is for certain heading into Week three: Rudolph is ready to go as the signal-caller and the rest of the organization has his back.