Mariners' Iwakuma Throws No Hitter in 3-0 Win Over the Orioles - uSports.org 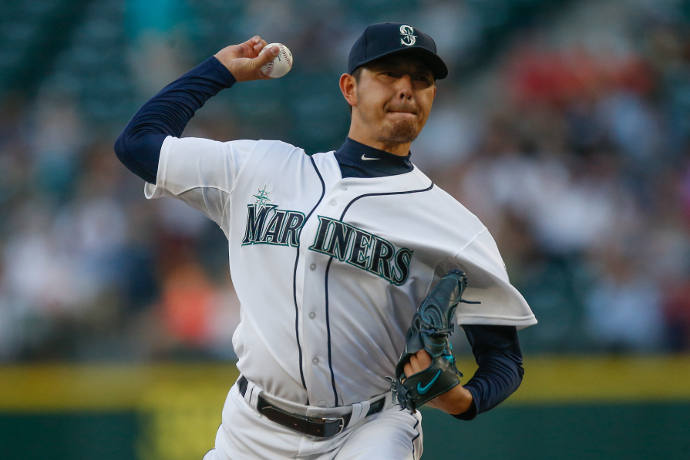 On a two game win streak, the Seattle Mariners must be happy with the investment that they made in right handed pitched Hisashi Iwakuma, who threw 116 pitches that became a no-hitter 3-0 win against the Baltimore Orioles.

Iwakuma stands beside franchise legends Randy Johnson, Chris Bosio and Felix Hernandez as they are the only Mariner starters who have thrown no-hitters. During the game, he managed to strike out seven batters while only allowing three walks to earn his fourth win in the season. In the fourth inning, he managed to acquire a two-out strikeout against Jimmy Paredes, which then led to a 10 run shutout before giving a walk to Jonathan Schoop. For a majority of the game, Iwakuma was running the shots, as he didn’t receive much on the offensive side, but that’s good for him, as if his production dies down, so does his time with the Mariners. While Iwakuma is impressing management, being the business that Major League Baseball is, they understand the value that he provides.

While the Mariners were happily riding the Iwakuma train, the Orioles were not upset, but they were not happy either. It seemed like more of an eventual realization that they were losing.

“When I came out of the game I looked up and I was like, ‘Oh, it’s the eighth inning and we don’t have any hits, ‘” Orioles pitcher Kevin Gausman said.

While the Mariners look to extend their line of wins, look to Iwakuma to provide it for them, and if not, look where he ends up.