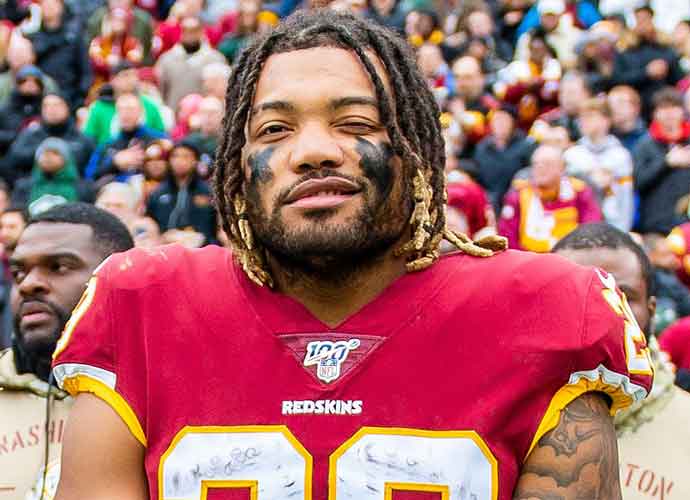 On Tuesday, LSU football coach Ed Orgeron released a written statement to a Louisiana state Senate committee. His statement explained that he considered former running back Derrius Guice’s alleged sexual harassment of Gloria Scott that took place in 2017 “utterly unacceptable” but denied ever discussing the matter with Scott directly.

Clarifying on deleted tweets: Ed Orgeron sent the Louisiana senate committee this letter, which says he spoke to a man whose name he didn’t know about Gloria Scott.

He also learned later a man demanded compensation from LSU.

Cleavon Williams told me he did not speak to Orgeron. pic.twitter.com/KGze1nkgkW

“Clarifying on deleted tweets: Ed Orgeron sent the Louisiana senate comittee this letter, which says he spoke to a man whose name he didn’t know about Gloria Scott. He also learned later a man demanded compensation from LSU. Cleavon Williams told me he did not speak to Orgeron,” read a tweet about this situation.

Orgeron submitted his statement following a request from the Louisiana Senate Select Committee on Women & Children. This was done to achieve the committee’s goal of providing policy recommendations to address sexual assault allegations at Louisiana colleges.

In a letter to Orgeron, Senator Regina Barrow (R), a chair on the committee, wrote, “As the leader of the LSU football team, it is critically important that your office take these matters into serious consideration and act accordingly to ensure the safety and well-being of the students of which it serves.”

The statement Orgeron wrote goes against some of what Scott previously told the committee on March 26 when she recalled how she was working as a security worker at the Superdome in New Orleans in 2017. Scott said that Guice approached her and told her in front of his friends, “I like having sex with older women like you” and “I want your body.”

Orgeron, who wrote to the committee instead of appearing in person, said that whether he spoke to Scott directly “does not change the fact that what happened to Ms. Scott in 2017 is unequivocally wrong.”

“As a leader, and as a father, son, and grandson, I want to emphasize that it is heartbreaking Ms. Scott was subjected to such crude remarks by Mr. Guice, and she should be respected for her bravery and resolve to provide her statements to the Committee. She, along with this Committee, has my word that I will continue to be vigilant in ensuring that the LSU football program maintains a culture of integrity and compliance,” Orgeron added.