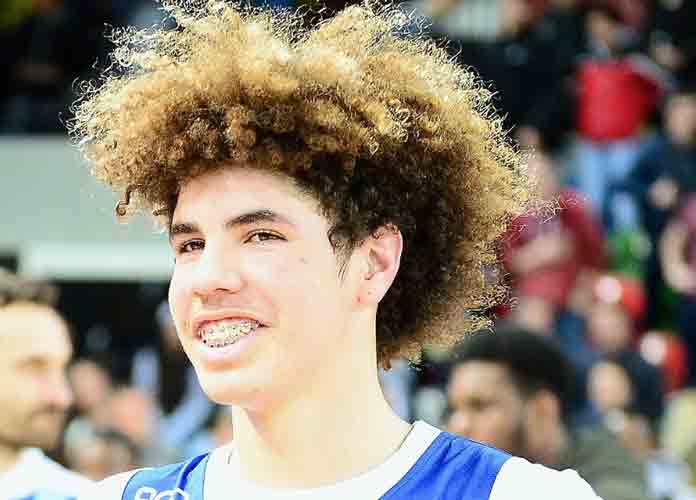 LaMelo Ball may not be playing in the NBA yet, but he could soon have a major sneaker contract.

According to BleacherReport, representatives for Ball — the 18-year-old son of Big Baller Brand founder and CEO LaVar Ball — are discussing a potential shoe deal for the young guard. It remains unknown exactly which brand LaMelo Ball will sign the contract with, as his camp is reportedly speaking to several sports apparel companies. However, ESPN’s Jonathan Givony noted that the teenager chose to wear Nike merchandise over Big Baller Brand gear in a recent NBL Blitz preseason tournament in Australia.

The news comes amid speculation that LaMelo Ball could be the top selection in the 2020 NBA draft. Ball, who plays for the Illawarra Hawks of Australia’s National Basketball League, said in an interview on ESPN in June that he hoped to become the top pick in next year’s draft. The guard previously played for the Los Angeles Ballers of the Junior Basketball Association and for BC Prienai in Lithuania.

LaMelo Ball announces on The Jump with @Rachel__Nichols that he will play in Australia’s NBL for the Illawarra Hawks next season. pic.twitter.com/G9z4bCl4E5

LaMelo Ball has impressed many NBA pundits and scouts with his shooting and ball-handling abilities, which he has displayed as a member of several teams:

LaMelo Ball opened NBA eyes with a super impressive performance in his first game at the NBL Blitz preseason tournament, in front of 27 scouts. He will have another chance to keep helping his draft stock Sunday against Melbourne United at 4pm Australia time (2am EST in US) pic.twitter.com/WbqOQofWZm

LaMelo Ball’s recent play in the NBL has @DraftExpress considering him as a top draft prospect in 2020. (E+)https://t.co/otx7ndGaNQ pic.twitter.com/LzEXsoWzvY

Should Ball sign a lucrative shoe deal next year after being selected as the No. 1 pick in the NBA draft, he would not be the first top selection to do so. In July, former Duke standout Zion Williamson reportedly inked a five-year, $75 million sneaker contract with Jordan Brand after the New Orleans Pelicans selected him as the top pick in this year’s draft.

It was also announced this week that a portion of the Australian NBL’s games this season will be live-streamed on Facebook, a move that will surely help Ball gain further exposure.