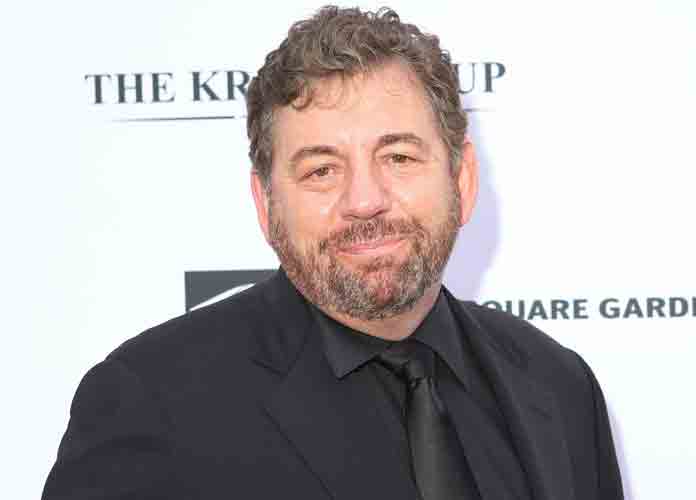 New York Knicks owner James Dolan recently put the WNBA’s New York Liberty up for sale and said the Knicks could potentially face the same fate soon — if an adequate offer presents itself.

James Dolan Hints At Selling Knicks For $5B

In an interview released Monday, Dolan — who also owns the New York Rangers — told ESPN’s Ian O’Connor that offers of $5 billion and up have recently been made for the Knicks, although there has yet to be a “bona fide offer” for the franchise.

“You hear numbers all the time,” Dolan told ESPN. “… I think people have sent feelers out, but never any that were pursued. Yeah, [the feelers are] around that number [$5 billion], but those things, it’s like a stock price. It’s only important if you’re going to buy or sell.”

The 63-year-old chairman of Madison Square Garden also noted that he has shareholders to think of.

“You have a responsibility as the guy who runs the place to deliver on that for them, that’s being open and transparent. And so in that position, I could never say that I wouldn’t consider selling the Knicks,” Dolan added. “Now, my family is not in that position, and they are the majority shareholders. They hold the majority of the vote.”

He continued: “As a majority owner, I don’t want to sell, either. As the head of the public company, you can’t say you can’t sell, because then you’re telling your shareholders that your own personal feelings about your assets are more important than their money. And they won’t invest with you if you do that.”

The franchise has also undergone severe turnover at the top coaching and executive levels over the last few years: the team has had 12 head coaches and seven presidents. Only two Knicks coaches — Mike Woodson and Jeff Van Gundy — have enjoyed winning records.

In May, the Knicks hired David Fizdale as head coach to replace Jeff Hornacek. Fizdale, a former Memphis Grizzlies head coach, also worked as an assistant for the Miami Heat, Golden State Warriors and Atlanta Hawks.

In his latest two-hour interview, Dolan also discussed his legal disputes, his 25 years of sobriety and his relationship with disgraced Hollywood producer Harvey Weinstein.

James Dolan on why he can’t rule out selling the Knicks & Rangers, why he fired Phil Jackson, why he went to war w/ WFAN, why he mishandled the Anucha Browne Sanders case, why he ended his friendship w/ Harvey Weinstein. https://t.co/cnEQMsCz9y