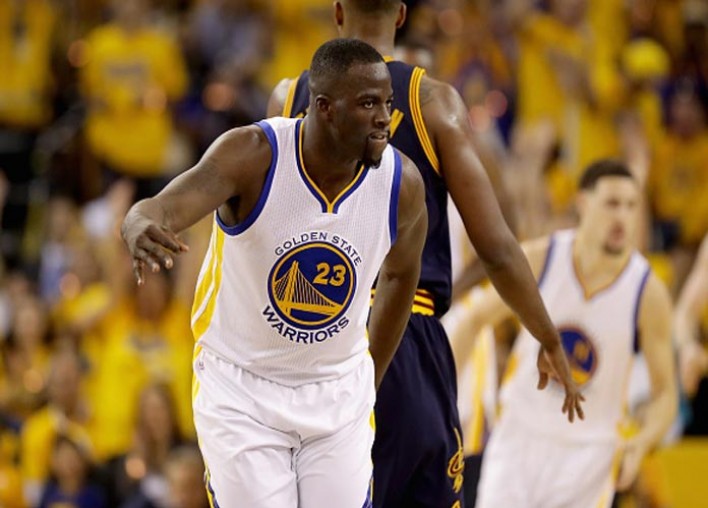 Golden State Warriors forward Draymond Green has weighed in on the feud between New York Knicks owner James Dolan and former Knicks star Charles Oakley, and he appears to have taken Oakley’s side.

Green criticized Dolan on his “Dray Dray” podcast on Uninterrupted. “You doing it against me — you speaking out against my organization — it’s not good anymore? That’s a slave mentality. A slave master mentality. That’s ridiculous.”

The Warriors star continued: “It was all fine and dandy when he was laying people out, taking fines and all this stuff for your organization. But now, all of a sudden, when he says something that he feels, it’s a problem.”

Green went on to say that the Knicks’ handling of Oakley– who was arrested at Madison Square Garden last week-– and president Phil Jackson’s criticisms of Carmelo Anthony will hurt the organization in free agency.

“When you look at what’s going on now with the Melo situation in their organization and now how you do a legend in Charles Oakley, I don’t know a free agent that would want to go there” said Green. “I don’t know someone who would really want to go there.”

Green seemed to assume Dolan owned the Knicks when Oakley played for them, which is incorrect. Dolan took charge after Oakley was traded from the team.

Oakley was ejected from the Garden and arrested on Feb. 8 following an altercation with arena security.

Dolan banned Oakley indefinitely from the arena two days after the incident, although he lifted that ban on Tuesday after meeting with Oakley and commissioner Adam Silver, with Michael Jordan also joining via conference call.

Oakley told ESPN later on Tuesday that he’s still upset over Dolan’s public accusation that he has a drinking problem and that he wouldn’t accept the Knicks’ invitation to a future home game. The former Knicks star claims Dolan has shunned him for all the public criticisms he’s made about the organization since he left.

Green and several others in the NBA have criticized Dolan for his suggestion that Oakley has anger issues or a drinking problem.

The Knicks (23-34, 12th in Eastern Conference) have struggled significantly this season, and seem doomed to miss this year’s playoffs.

OAKLAND, CA – JUNE 02: Draymond Green #23 of the Golden State Warriors reacts in the first half while taking on the Cleveland Cavaliers in Game 1 of the 2016 NBA Finals at ORACLE Arena on June 2, 2016 in Oakland, California. 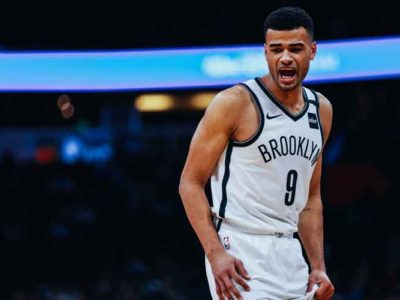