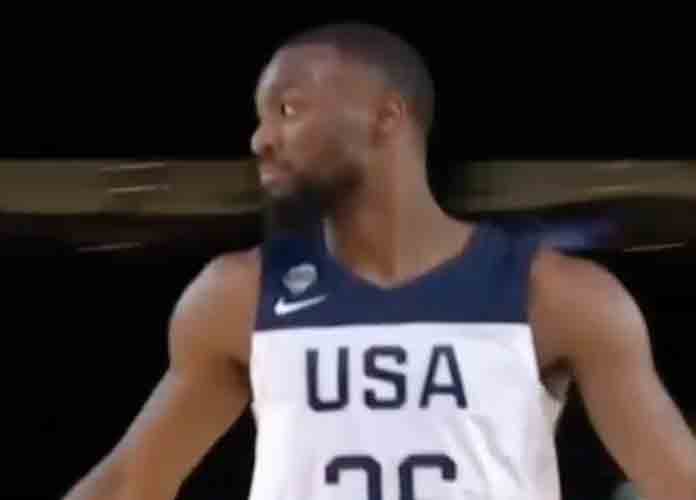 Kemba Walker helped lift Team USA to a 102-86 victory over Australia in a FIBA World Cup warm-up game in Melbourne on Thursday after scoring 23 points.

The matchup at Marvel Stadium was played before a crowd of 51,218, the largest one to attend a basketball contest in Australia. One can only assume attendance will increase once the FIBA World Cup officially begins in China on Aug. 31. Team USA will play the Czech Republic for its opening game on Sept. 1.

Australia briefly led the Americans 45-44 at the beginning of the second half of Thursday’s game, but Team USA quickly countered with a 13-0 run that included three consecutive three-pointers from Turner, Donovan Mitchell and Harrison Barnes to put the score at 57-45.

San Antonio Spurs guard Patty Mills and Chris Goulding each finished with 19 points for the Aussies.

According to several reports, Australia’s media said many fans were given refunds for tickets they had purchased after seeing promotional materials that showed LeBron James and Stephen Curry playing for Team USA. However, neither NBA superstar played in Thursday night’s game.

The Aussies were also missing one of their biggest stars on their home court on Thursday: Ben Simmons. The Philadelphia 76ers point guard chose not to participate in this year’s World Cup.

With Thursday’s win, Team USA is now 2-0 this year under head coach Gregg Popovich. The Americans defeated Spain in an exhibition game in California last weekend. The U.S. men’s team has also won 78 straight games in international play, including both tournament and exhibition contests, dating back to the 2006 bronze-medal game during the 2006 world championships.