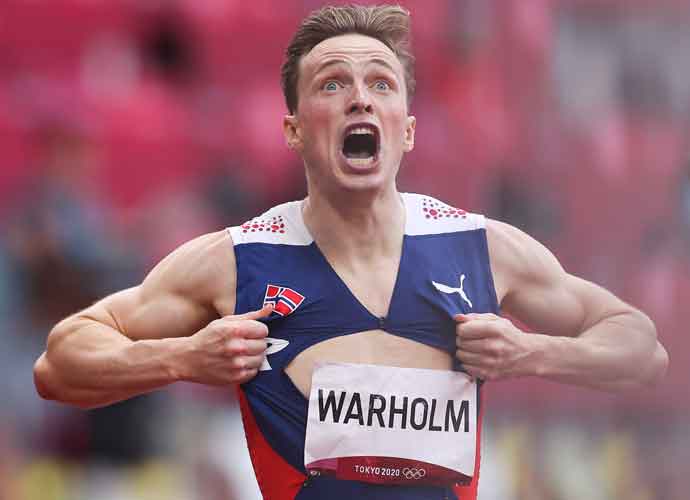 Karsten Warholm bested his own world record in Tokyo, setting an astonishing record of 45.94 seconds in the 400-meter hurdles. That time was good enough for both a world record and the gold medal, besting U.S. competitor Rai Benjamin.

Benjamin, ironically, broke the previous world record with a final time of 46.17 seconds, which would seemingly have given him gold. Instead, Warholm’s incredible performance forced Benjamin into second place.

“That was the best race in Olympic history … everyone in this event should be getting paid big bucks, in all honesty,” Benjamin said of the race.

Warholm also discussed the unbelievable performances put on in the race, noting, “The lactic acid is just crazy, I couldn’t feel my legs. I was just running over the line because I didn’t take anything for granted today. All respect to Rai for running 46.17 – that’s just crazy.”

Warholm was being caught by Benjamin as they approached the final hurdle, but he pulled away by mustering an extra bit of strength, good enough for Olympic gold.

“That was my tactic today, I think I won on tactics. I really went out hard and tried to get the guys with me … after that I just ran for my life. I would have died for that gold medal.”

All three runners who medaled are also the fastest 400-meter hurdlers in world history.

“I cried a little bit … but I am really happy to be a part of history like this and just to show where this event can go,” Benjamin discussed after a disappointing second-place finish that was still one of the greatest performances in Olympics history.