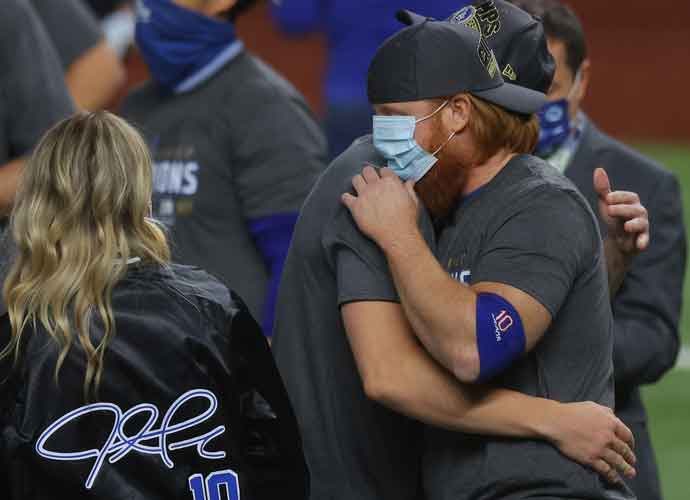 On Tuesday night during the Los Angeles Dodgers clinching win, Dodger’s third baseman Justin Turner was removed in the eighth inning. Turner was taken out because he had tested positive for COVID-19. After testing positive, he had to be isolated from the team. Turner had previously been tested on Monday, however, the results had come back inconclusive. This prompted another test to be done on Tuesday, which came back positive.

Following the title-clinching win, Dodgers players ran onto the field to celebrate, hugging one another in joy. During this moment, Turner, who was isolated from his teammates, came back onto the field to join his teammates in celebrating. Turner was seen with a mask, holding the World Series trophy in his hand, taking pictures with the team. At one point, Turner had removed his mask during the celebration.

Turner’s return to the field was seen as hazardous because he was positive for COVID-19, though he is asymptomatic. Understandably, Turner wanted to celebrate his teams win, but he did so in a selfish manner that has put his teammates at risk. The third baseman tested positive and immediately broke his isolation to celebrate and removing his mask during team pictures.

We can only wait to see the consequences of Turner’s actions.

Gerrit Cole Strikes Out 13 Batters In Dominating Win Over Orioles