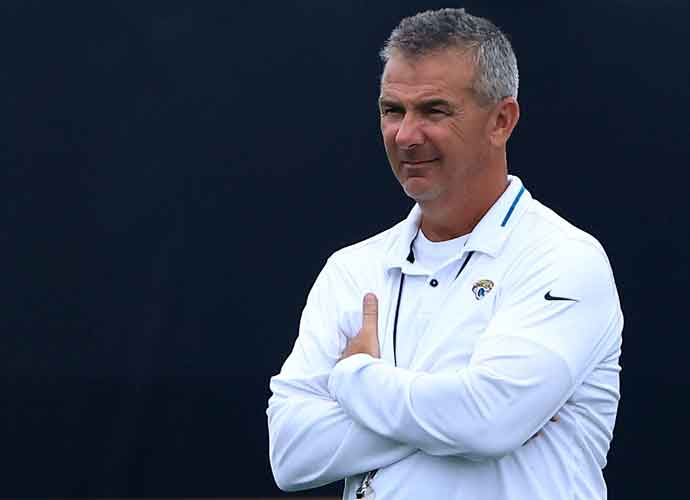 With the 2021 NFL season set to kickoff, public safety concerns have loomed over the league, as questions regarding COVID-19 protocols and player vaccination status remain to be fully answered. Coordinating a season during a pandemic is already complicated, and even more so when athletes refuse to get the shot for political and/or personal reasons. With that said, should the NFL introduce vaccine mandates for players? And how will teams be penalized when outbreaks do occur?

Jaguars head coach Urban Meyer is currently facing heat from the NFL Players Association for stating that player vaccination status played a factor during final roster cuts. “Everyone was considered,” he said. “That was part of the [considerations such as] production, let’s start talking about this, and also is he vaccinated or not? Can I say that that was a decision-maker? It was certainly in consideration.”

According to ESPN, the NFLPA has subsequently opened an investigation into Meyer’s comments.

The Jaguars coach has a valid point. Whether a player is vaccinated or unvaccinated will determine the difference in protocols, as well as the degree to which team success could be compromised. For instance, an unvaccinated player who tests positive for COVID-19 or is designated a high-risk close contact would miss more time than a fully vaccinated player.

Meyer cited Jaguars defensive end Josh Allen as an example of a player who was forced to remain on the sidelines because of protocols for unvaccinated players, despite never getting infected with the virus. “Well, Josh Allen’s never had [COVID]. He’s not played in two weeks. So he’s never had COVID. I don’t know if I’m allowed to say that, but he’s never had COVID. So that’s pretty punitive.”

With the virulent Delta variant sweeping the nation, there has been a greater push to institute a vaccine mandate. Last week, NFL General Counsel Lawrence Ferazani said that the league would welcome such a mandate with the necessary approval of the NFLPA. However, JC Tretter, the president of the NFLPA and offensive lineman for the Cleveland Browns, said that such a proposal was never suggested by the NFL.

A number of NFL players have made known their hesitancy to get vaccinated, which include the likes of Cam Newton, Cole Beasley and Kirk Cousins. An effort to get such individuals on board to trust the proven safety and efficacy of vaccines will be the NFL’s next priority.

At the end of the day, money talks. The NFL lost over $4 billion last season due to limited attendance and has threatened to impose forfeits and fines on teams if postponements occur due to outbreaks. Furthermore, over $100 billion was spent on renewed TV rights lost on ad space as a result of last year’s postponed games.

Read more about:
COVID-19 Jacksonville Jaguars Urban Meyer
Listen to the uInterview Podcast!
Get the most-revealing celebrity conversations with the uInterview podcast!