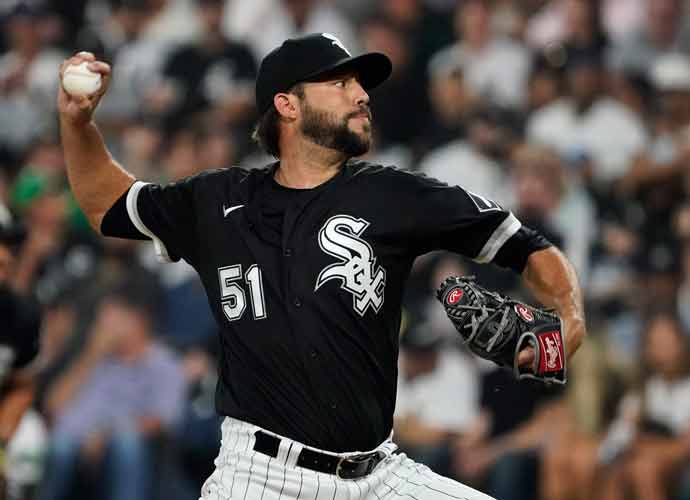 CHICAGO, ILLINOIS - AUGUST 18: Ryan Tepera #51 of the Chicago White Sox pitches against the Oakland Athletics during the sixth inning at Guaranteed Rate Field on August 18, 2021 in Chicago, Illinois. (Photo by David Banks/Getty Images)

On Sunday the Chicago White Sox blew past Houston (12-6) in Game 3 of the American League Divisional Series. As of now, the advantage is with Houston in the series as they approach Game 4 on Tuesday night.

Tepera, the Chicago reliever, commented on the win after the game, insinuating that the reason that the Astros are leading the series is that they are stealing signs – again. Tempera is referring to the scandal that shocked the MLB in 2018 after the Astros won the World Series in 2017. It involved Astros players communicating during games to notify their teammates when certain pitches were coming – in essence, it was cheating.

In January 2020, MLB commissioner Rob Manfred reported that the Astros were, in fact, cheating and using their stolen signs to win baseball games. The Astros were punished in three ways: a $5 million fine, the loss of first and second-round picks from 2020 to 2021 and one-year suspensions for Jeff Luhnow and AJ Hinch – the two players most involved.

In a press conference, a reporter asked Baker, “Postgame last night, Chicago reliever Tepera, hinted or teased that the Astros are cheating again, specifically at  Minute Made Park, how do you respond to that?

“Well, those are some heavy acquisitions,” Baker said. “We’re about the same runs, OPS and everything as we are – well, actually better on the road than we are at home, and I think they’re actually better at home than they are on the road.”

Baker seemed to brush off Tepera’s comments. “So I don’t have much response to that other than I was listening to Eric Clapton this morning and has a song, ‘Before You Accuse Me You Should Take a Look at Yourself,'” he said.