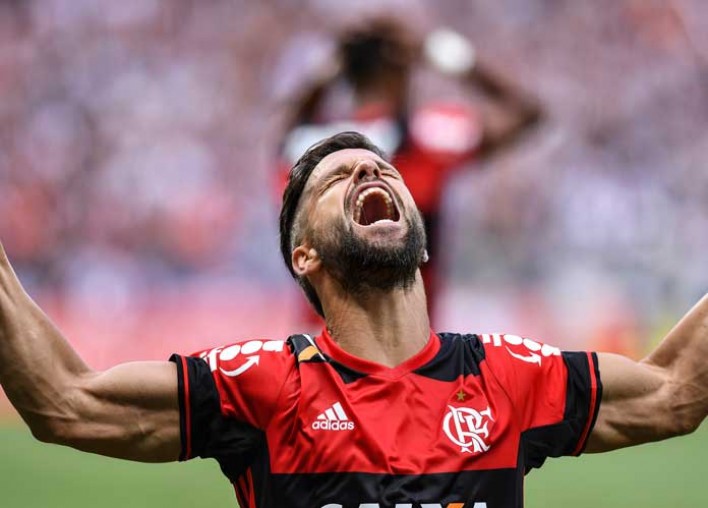 Diego #35 of Flamengo celebrates a scored goal against Atletico MG

It is no question that Liverpool is less worried about the Club World Cup than Flamengo, who are dreaming of being World Champions. The dynamics of club football is simple. Of course Liverpool want to win the Club World Cup however, it’s in the middle of their European and domestic campaigns. For Flamengo, their season is over and this tournament is the cherry on top of a massive year.

After a phenomenal comeback win in the final of the Libertadores against reigning champions River Plate, Flamengo went on to win the domestic league in the same weekend. The only team to ever win both tournaments in Brazil is Santos twice. This when arguably the best player of all time played in their squad, Pele. That is one indication of how well Flamengo are playing this year. Brazilian Clubs have sacked five managers this season after losing to Flamengo, in Europe that would be unheard of.

First both teams are due to play in a semi-final, nevertheless fans of both sides are expecting the winners from each continent to go through. Flamengo’s Manager Jorge “Mister” Jesus said in an interview, “We will be in Qatar to play against Liverpool if they are a finalist, and we still have to play two games. We have a team to win this trophy.”

Flamengo wasn’t the only Brazilian club to crush Liverpool’s dreams of a World Cup Glory. In 2005, Sao Paulo defeated club legend Gerrard’s Liverpool 1-0 in an exhilarating match. If Flamengo wins this World Cup, people might start talking about a Liverpool-Brazilian curse. With a week of rest, Liverpool distracted and busy. Who knows maybe history will repeat itself.