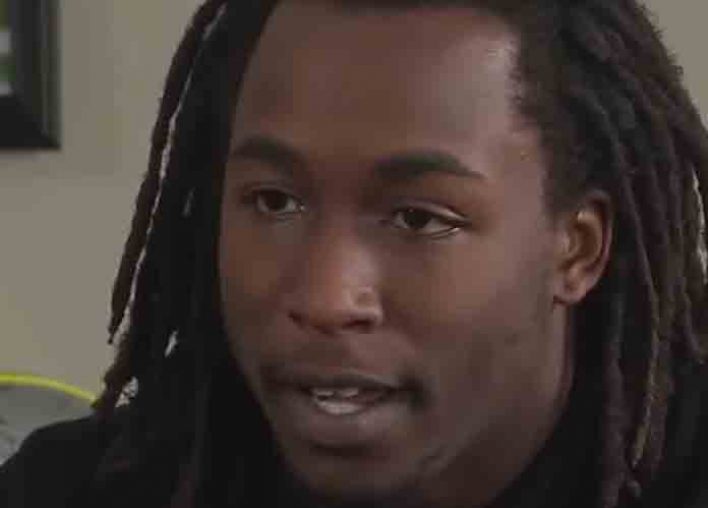 Kareem Hunt was released by the Kansas City Chiefs last month following the surfacing of a video of him hitting a woman, but he isn’t the only one in his family to have a history of violence and criminality.

According to USA Today, several of Hunt’s relatives have also been charged and convicted for crimes over the years. The Chiefs released 23-year-old Pro-Bowler Hunt on Nov. 30 after a TMZ video showed him pushing and kicking a 19-year-old woman in a hotel in February. The running back was placed on the NFL commissioner’s exempt list.

Hunt’s 47-year-old father, who is also named Kareem Hunt, has reportedly been arrested at least 35 times in Ohio for domestic violence, records show. The elder Hunt was also detained for multiple drug-related offenses and has spent a combined nine years in prison after drawing felony convictions.

Other members of the Hunt family who have served time behind bars include Kareem Hunt. Jr.’s older brother Clarence Riggins, who was sentenced in 2014 for criminal trespassing, Hunt’s mother — who was arrested that same year for cocaine possession and pleaded guilty to a DUI charge — and Hunt’s stepfather Deltrin Kimbro, who in 2004 received an eight-year prison sentence for drug trafficking and other crimes.

After the Chiefs released him, Hunt apologized for his assault in an interview on ESPN’s NFL Countdown. However, outrage followed after it was revealed the NFL didn’t thoroughly investigate the incident involving the former pass rusher because it never questioned him directly.

As a rookie in 2017, Hunt led the league in rushing yards.