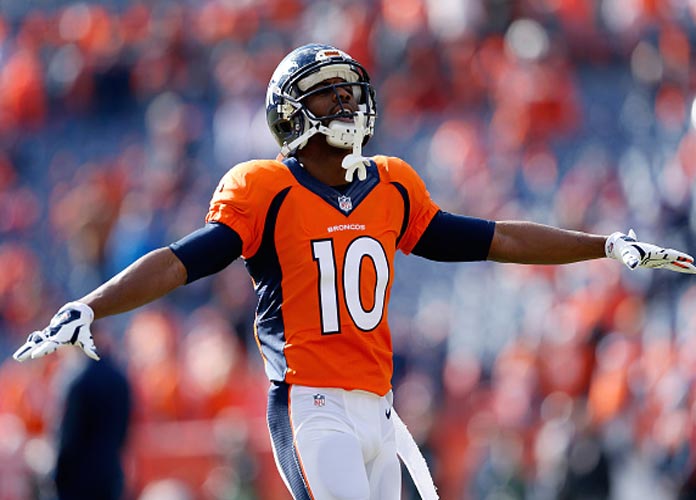 The Denver Broncos believe time ran out on the Kansas City Chiefs on a pivotal play in Kansas City’s game-winning drive Monday night.

With the Chiefs down 23-20 and marching downfield, they snapped the ball and quarterback Patrick Mahomes hit Demetrius Harris for a 35-yard pass. That would set up the game-winning Kareem Hunt touchdown four plays later.

Except, the pass to Harris shouldn’t have happened. The Chiefs should have been flagged for a play-clock violation after failing to snap the ball.

Replays, including those shown on the stadium’s video boards, seemed to show the play clock at zero before the ball was snapped.

“My opinion, the clock was on zero,” Broncos coach Vance Joseph said. “But that’s not my job. … And he said he looked up and it was zero and the ball was gone. I disagree. I disagree.”

Broncos cornerback Chris Harris said he pleaded with the refs to overturn the situation on replay but was told it wasn’t reviewable.

“That was crazy, man,” Harris said. “It was zero seconds on the clock forever. … You can’t review it. I asked everything. If a ref messed up on a call, you should be able to fix it. Dude, look how long the clock was on zero. That’s not why we lost the game — but that was a huge, huge no-call.”

Even if Denver doesn’t completely stop Mahomes, there’s still a chance they get the ball back with the game tied after a field goal and roughly two minutes left.

Instead, they got the ball with 1:39 remaining and down 27-23. Kansas City remains undefeated.