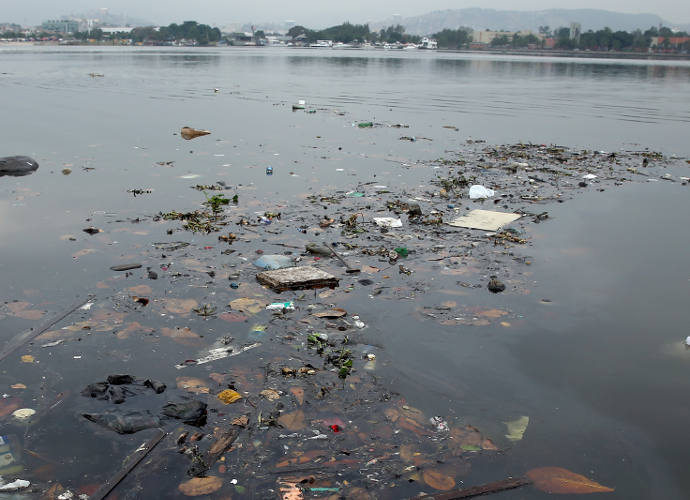 In a recent study by the Associated Press, the water for the 2016 Olympics in Rio de Janiero isn’t as clean as we think – a plethora of human feces, bacteria and viruses have begun to call it home. The water, which will use used for all swimming and boating competitions, contain high levels of runoff from nearby Olympic and Paralympic venues causing athletes to get sick after coming in contact with the water. Common ailments found in athletes who performed activities within the water are: explosive siarrhea, vomiting, among others. As 10,000 athletes representing the best their country has to offer make the trek down to Rio in August 2016, 1,400 of them are expected to come in contact with the water.  It is scary to think that a significant chunk of the total pool of athletes may contract an illness while competing.

When asked about the conditions of the water, John Griffith, a marine biologist for the Southern California Coastal Water Reseach Project said:
“What you have there is basically raw sewage. It’s all the water from the toilets and the showers and whatever people put down their sinks, all mixed up, and it’s going out into the beach waters. Those kinds of things would be shut down immediately if found here.”

The Rodrigo de Freitas Lake, which will be used for the games, was found to have up to 14 million adenoviruses per liter of water. The adenovirus targets the upper respiratory tract which causes conjunctivitis, tonsillitis, ear infections, meningitis and encephalititis. All of which, can displace an athlete from competing, or if they’re lucky, compete with a severe handicap.

John Coates, the Vice President of the International Olympic Committee, was upset with the conditions that have been found, calling these preparations, the “worst” he had have ever seen.

It is unfortunate to speak about hypotheticals, but Austria’s sailing team knows firsthand the dangers of the water. When they showed up in Guanabara Bay to train earlier this month, some members fell victim to bouts of vomiting and diarrhea.

For athletes who have dedicated their entire lives to the games, it is both a letdown and a challenge to learn about the hazardous conditions as hardships create the best winners.