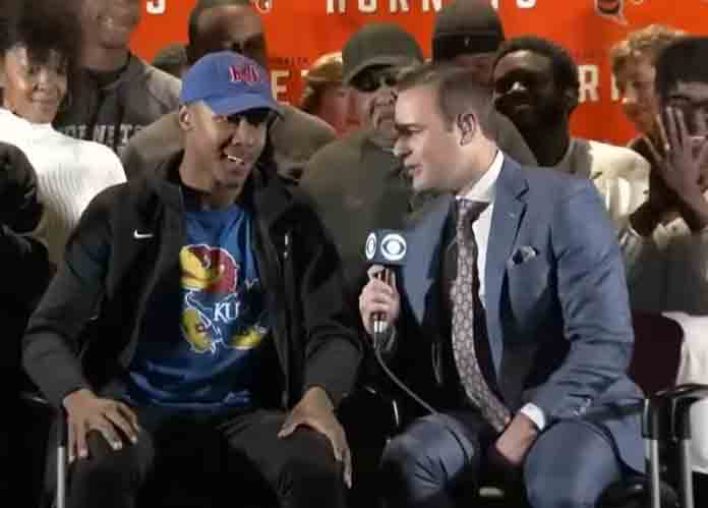 Bryce Thompson, one of the top-rated shooting guards in the class of 2020, announced Tuesday morning he is committed to joining the Kansas Jayhawks men’s basketball team.

The 6-foot-5 star is the No. 19 prospect in the nation, according to the 247Sports Composite rankings, and is now Kansas’s first five-star recruit since last year’s class. Thompson, a product of Booker T. Washington High School in Tulsa, Oklahoma, was also reportedly considering three other programs: Oklahoma, Oklahoma State and North Carolina.

According to ESPN, Thompson already boasts a connection with the Jayhawks. Kansas coach Bill Self previously mentored the young guard’s father Rod while he was at Tulsa during the 1990s. However, Thompson joining the Jayhawks will not go without drawing concerns, as the NCAA charged the program with lack of institutional control earlier this year due to its alleged illegal recruitment of players. However, Thompson told CBS Sports he trusts Self with respecting association rules and with guiding him to success.

“We talked about it,” Thompson told CBS Sports about the NCAA keeping Kansas Basketball under close watch. “We addressed it. I trust Coach Self and he’s made it clear to me. They told me to trust them. My parents know [Self], they know he’s a good guy, he wants me to do the right thing and be on the right path. I trust him in that manner and I’m good with my decision.”

Thompson’s statistics as a player thus far speak for themselves and cement him as one o the top recruits from the 2020 class. The guard averaged 24.4 points and boasted a three-point shooting rate of 45.8 percent for the Oklahoma Run PWP grassroots program this past spring and summer. According to CBS Sports, the Jayhawks had offered Thompson a scholarship in April, although Oklahoma and Oklahoma State were pursuing the standout player more intensely at the time.

Here are some of Thompson’s highlights: 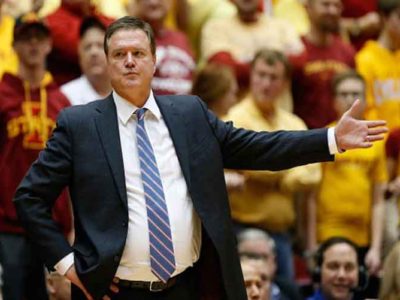