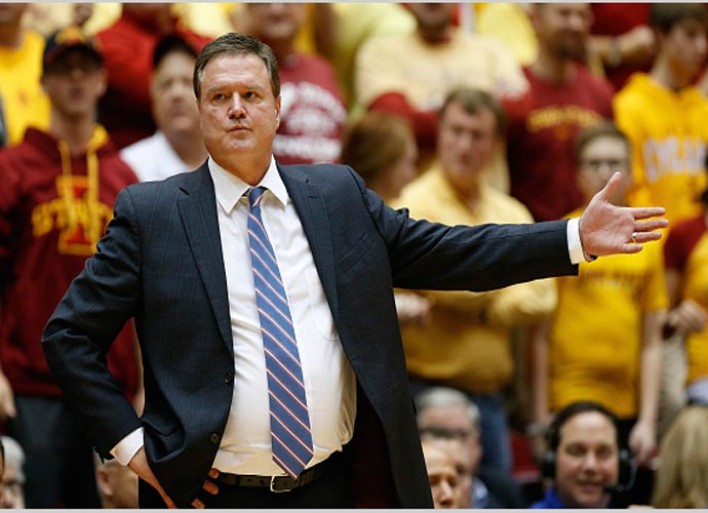 Kansas athletic programs can’t stay out of trouble. Previously, the FBI was investigating the school’s basketball program. Officials were concerned that an NCAA infractions case was becoming a possibility.

It’s now being reported that the school’s football program is also under scrutiny. According to CBS Sports’ Dennis Dodd, an NCAA enforcement official has made a trip to the Lawrence, Kansas, campus while looking into the basketball program, though head coach Bill Self has not been interviewed.

It’s official: Both Kansas football and basketball are being investigated by the NCAA. https://t.co/3j0JQHN5KR

In November of 2018, the federal government approved the NCAA investigating individual schools for potential violations. Kansas officials became worried that an infractions case was being built against the school after the NCAA banished sophomore forward Silvio De Sousa for the remainder of the 2018-19 basketball season as well as next season after his guardian received payments from a university booster and agent. Investigators found De Sousa’s guardian had taken $2,500 from an agent and booster and was also planning to accept $20,000 from the same person and an Adidas employee for leading the player to Kansas during the recruiting process.

Kansas assistant basketball coach Kurtis Townsend was also caught on a wiretap recording discussing payment for prized recruit Zion Williamson, who ultimately committed to Duke. So not only did the school lose off the court while trying to cheat its way to success, but it also got caught doing so.

Both investigations at Kansas are believed to be in the early stages because it’s not known whether Kansas has received a Notice of Allegations for either sport. This would provide specific details of the wrongdoings the NCAA is going after.

“We always have concerns when there are allegations against one our schools,” Big 12 commissioner Bob Bowlsby said. “I don’t have any inside information. Those conversations take place between Kansas officials and the NCAA.”

Kansas was previously involved in a major infractions decision in 2006 case that involved both basketball and football. Kansas has a long history of success with five national titles and a growing legacy of using foul play to gain an edge. 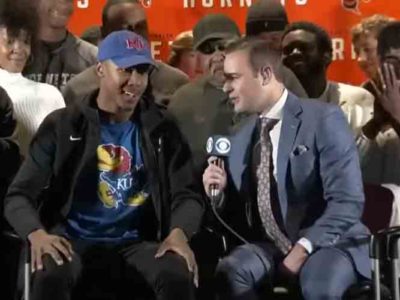