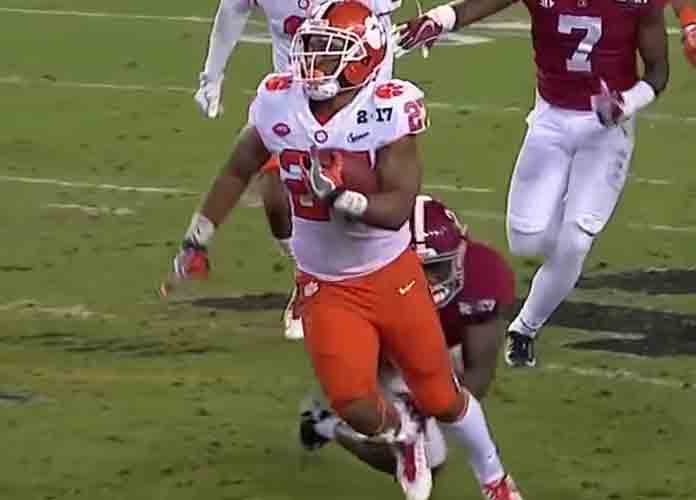 A troubling revelation from Clemson emerged Thursday morning: the team’s former running back and 2016 national champion CJ Fuller has died. Officials from the 22-year-old’s high school confirmed his passing to News and Observer.

Although details are not available on Fuller’s cause of death, Pickens County Coroner Kandy Kelley told the Greenville News that Fuller died at Greenville Memorial Hospital. TMZ reported it believed the former running back died of a seizure. Although she declined to articulate the specifics of his death until an autopsy was run, she mentioned that he was transported to the hospital from the home of a family member before passing.

Coach Dabo Swinney issued a statement on the former Tiger through the school. “I’ve known C.J. a long time and watched him grow up,” he said. “I’m proud of what he accomplished.”

Fuller was on a promising track as a college graduate. He had been scheduled to graduate from Clemson in May, and was planning to transfer to another school for his final year of eligibility. From 2015-2017, Fuller was the Tigers’ running back and returned three kicks in the national championship game win for Clemson. Racking up 599 rushing yards and 155 receiving yards, he totaled six touchdowns in his three years with the Tigers.

“Somebody wake me up from this nightmare,” former teammate Shaq Lawson lamented on social media. “My brother was supposed to come see me tomorrow. I love you bruh until we meet again.”

My brother I am hurting right now. Somebody wake me up from this nightmare. My brother was supposed to come see me tomorrow. I love you bruh until we meet again #27 4L🐍🙏🏿😔