Braves Get Embarrassed In Game 5 Of NLDS With 13-1 Loss To Cardinals [VIDEO] - uSports.org 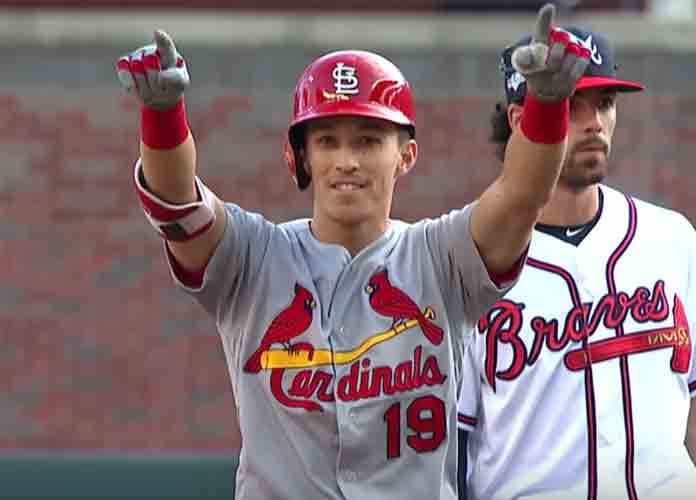 The Atlanta Braves will have quite a bit to think about this off-season.

The St. Louis Cardinals crushed the Braves 13-1 in the deciding Game five of the NLDS on Wednesday. Atlanta has now been eliminated from the NLDS for the second straight year.

In this series, three of the first four games were decided by runs scored in the ninth inning or later. On Wednesday, however, the Cardinals exploded for 10 runs in the first inning alone. Before Atlanta could go up to bat, the game was 10-0 and basically over at that point.

Here are all 🔟 runs the Cardinals put up in the first inning.

Braves starter Mike Foltynewicz couldn’t stop the bleeding as he allowed six runs in 0.1 innings. The game just moved too quick for him and before he knew it, there was nothing left to do.

The only way to talk about game five is matter-of-factly. One team showed up to play baseball. The other forgot how to play the game. Despite the final score of 13-1, all that will be remembered is a 10-run first inning and the blown opportunities of the Braves this entire series.

They had their opportunity to win this series without a need for a game five. They surrendered an eighth inning lead in both game one and four.

The Braves now haven’t won a postseason series since 2001 as they get to watch from home early for another year. It’ll be hard to recover from a series this devastating.

“Everyone had sky-high confidence going into that game,” first baseman Freddie Freeman said. “Then them scoring 10 runs, that’s hard to swallow. Everything went wrong from the get-go.”

The future is still bright for this young Braves team and it showed as the veterans struggled in the postseason but the young core kept the team in it. Veteran Nick Markakis went 3-21 in the series. Brian McCann, who announced his retirement after the game went 3-16 and Josh Donaldson went 3-19.

St Louis will face the Nationals in the NLCS Friday at 8:08 p.m. EST on TBS.