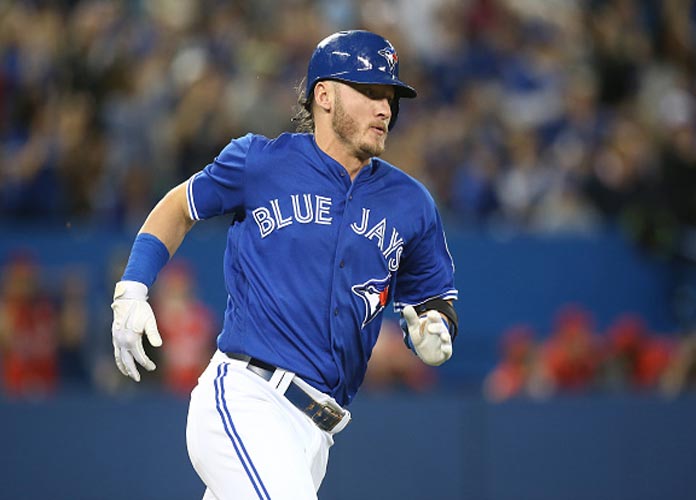 The New York Yankees and Boston Red Sox are among several teams who have expressed discontent with the Cleveland Indians acquiring third baseman Josh Donaldson via a waiver deadline trade with the Toronto Blue Jays, according to a new report.

On Sunday, The Athletic said the Red Sox and Yankees had “voiced displeasure” over the Aug. 31 swap. The Houston Astros also reportedly inquired why the deal was allowed to go through. However, the reigning national champions were happy with the response they got about the Donaldson trade, The Athletic said.

The report claims the 32-year-old third baseman’s health status remains uncertain. Donaldson, the 2015 American League MVP, has been sidelined since May 28 due to a calf injury. He joined the Blue Jays from the Oakland Athletics in 2015.

According to ESPN, Toronto put Donaldson on “revocable trade waivers” on Aug. 29. Given that the Indians landed him just before the Aug. 31 trade deadline, he will be able to play for Cleveland in this year’s playoffs. MLB rules dictate that players need to be officially listed as “healthy” in order to be put on trade waivers. Donaldson was re-added to the 10-day disabled list on Labor Day. Add the fact that the MLB Players Association was ultimately forced to intervene, and the situation involving Donaldson seems like a minor controversy.

Donaldson is a three-time All-Star who has also won two Silver Slugger Awards and who was the AL RBIs leader in 2015.