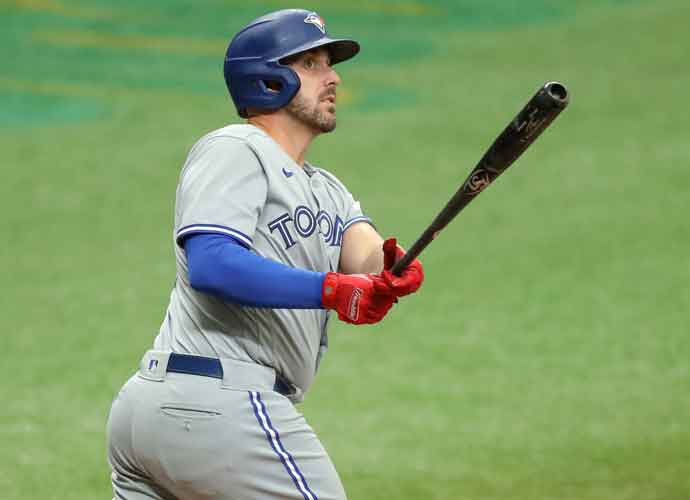 ST. PETERSBURG, FL - JULY 25: Travis Shaw #6 of the Toronto Blue Jays bats against the Tampa Bay Rays in the sixth inning of a baseball game at Tropicana Field on July 25, 2020 in St. Petersburg, Florida.

After three weeks of play in the MLB’s return, the Blue Jays were finally able to play a home game in Buffalo on Tuesday against the Miami Marlins in a 5-4 win. The Blue Jays, 6-8, originally played in Toronto, but with Canada’s strict COVID-19 police and the U.S.’s spiking numbers, the Canadian government did not allow the Blue Jays to play games in the country. After that, the team and league tried other options including Pittsburgh, and eventually settled on Buffalo after a few weeks. This was the first professional baseball game played in Buffalo since 1915, and the stadium that the teams using holds their Triple-A affiliate team.

Ironically, their first home opponent Miami has been unable to play at their home stadium for three weeks following a bad COVID-19 outbreak that infected 14 people in the staff and team. Currently, the only team that has suspended play is the St. Louis Cardinals, which had 13 members of the team and staff infected by COVID-19.

Blue Jays batter Travis Shaw hit a single with the bases loaded in the 10th inning to give the Jays the break that eventually led to the win. “We’ve lost a couple of games late, so it was nice to come back,” Shaw said. “My job was just to try to get the ball to the outfield, and thankfully with two strikes, I was able to do that.”