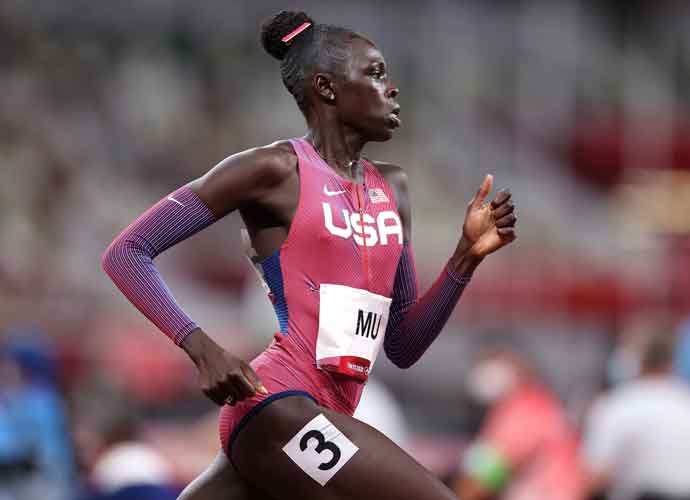 Athing Mu, a runner for Team USA hailing from New Jersey, became the first woman since 1968 from the United States to grab gold in the 800-meter race. Mu’s performance in Tokyo is also the fastest time an American has ever recorded in the event.

She is the first American woman to win the 800m since the 1968 Mexico City Games. #TokyoOlympics pic.twitter.com/WmJq2dYulr

“Now I am happy and satisfied, I am glad I did what I have been doing all year, and not switching off because I am at the Olympics. Just being me is what makes me more proud about this experience,” Mu said of her efforts.

Alongside Mu for the U.S. was Raevyn Rodgers, who secured third place and a bronze medal.

Mu had envisaged herself winning well before the Olympics, telling reporters, “I’m looking forward to standing on the podium, the middle one, and receiving the gold medal that in the future will have my name engraved on it.”

Outside of the 800-meter event, Gabby Thomas of the United States also medaled, finishing in third place in the 200-meter race.

“The last thing my coach told me was to stay relaxed throughout the entire race and I think that is what got me the medal,” said the Harvard alum of her efforts to snag a spot on the winners’ podium.