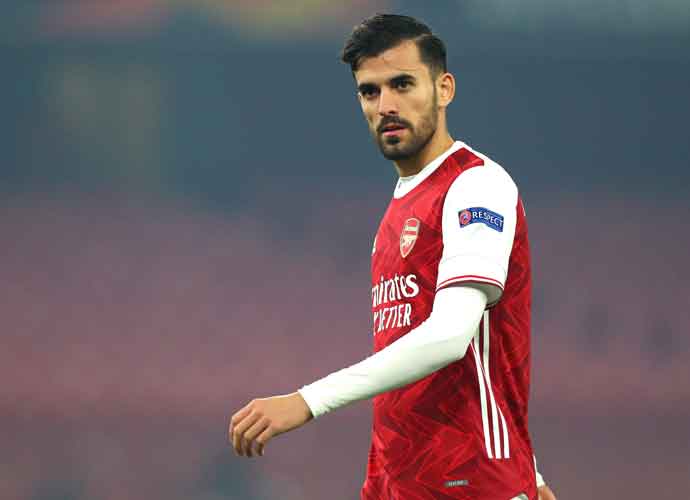 LONDON, ENGLAND - NOVEMBER 05: Dani Ceballos of Arsenal during the UEFA Europa League Group B stage match between Arsenal FC and Molde FK at Emirates Stadium on November 05, 2020 in London, England.

Arsenal players David Luiz and Dani Ceballos reportedly had a fight during training.

Some journalists reported that Ceballos and Luiz’s fight got physical as Luiz hit Ceballos on the nose. After these details were released, Ceballos branded them as “fake” on his official Twitter account.

When Arsenal manager Mikel Arteta was asked about the fight, he said, “I have got a really bad vision from far, that is why we train behind closed doors. Training is very competitive and issues happen a lot of times. Those things get resolved immediately within the team and there is not much to say.”

Ceballos has recently been involved in another argument with an Arsenal teammate. He and Eddie Nketiah were caught arguing before the Arsenal Premier League fixture against Fulham.

In a press conference, Arteta claimed that this conflict with Willian has been dealt with and both of them had a conversation about it.

In addition, Arsenal is dealing with a COVID problem as players Mohamed El Neny and Sead Kolasinac both tested positive for the virus while with their national teams. Both players are expected to miss the Arsenal fixture against Leeds United and possibly other ones as well.

Arsenal forward Pierre Emerick Aubameyang was on international duty with the Gabon national team and had to spend the night on the airport floor along with his Gabon teammates as they were delayed by immigration officers. Aubameyang himself shared photos of the incident on social media.