Zdeno Chara Takes Puck To Face, Status For Game Five Up In The Air [VIDEO] - uSports.org 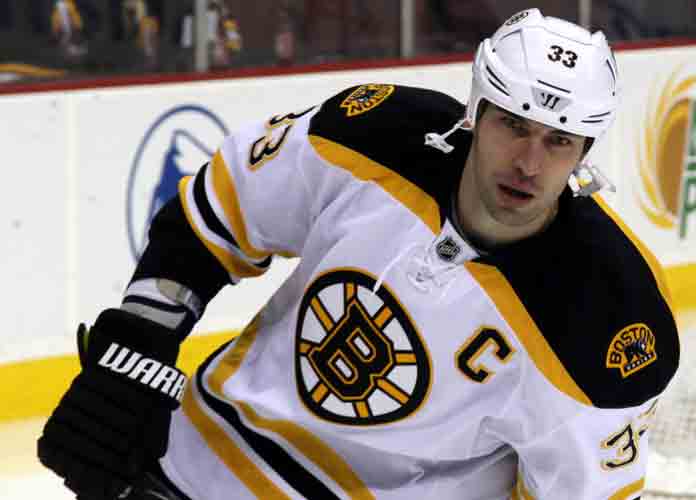 Zdeno Chara Takes Puck To Face, Status For Game Five Up In The Air [VIDEO]

Boston Bruins captain Zdeno Chara’s status for Game five of the 2019 Stanley Cup Finals remains up in the air.

On Monday night, during the Bruins’ 4-2 loss in Game four of the Cup Finals against the St. Louis Blues, Chara left the ice after taking a hockey puck to the face during the second period of play. The incident occurred when Blues forward Brayden Schenn, fired a shot that deflected off of a stick and struck Chara in the face.

*BLOOD WARNING
Zdeno Chara takes a puck in the face … heads off to the room pic.twitter.com/JlWbqsEtiX

After the game, Bruins coach Bruce Cassidy said that Chara received stitches and might require additional dental work at a later date. Cassidy also said that while the training staff advised him to leave out Chara for the remainder of the game, that there was no problem with Chara returning and sitting on the bench for the remainder of Game four. Chara personally asked Cassidy if he could return to sit on the bench because he wanted to be with his teammates.

UPDATE: Zdeno Chara has returned for the 3rd period with a full face cage. #StanleyCup pic.twitter.com/SbOvPQolhI

“That’s the type of guy he is, come out and be there to support,” said Bruins forward Charlie Coyle. “You never want to see that happen to anyone, especially someone on your team, someone who is such a big part of our team playing-wise, leadership-wise. It’s not an ideal situation, but it’s how you respond to adversity, and you see a lot of it during this time of year.

Zdeno Chara is leaking blood after taking a puck up high pic.twitter.com/GbtxVKHNjU

Bruins center David Beckes said, “He’s a guy who wants to be out there. He wants to battle and be with the guys. If there’s any chance for him to be back, he’ll be back.” If not, it’ll be next man up again. Whoever our next guy up is will have to fill that role admirably — and they’re big feet to fill.”

Game five of the 2019 Stanley Cup Finals will take place on Thursday at 8 p.m. EST on NBC.