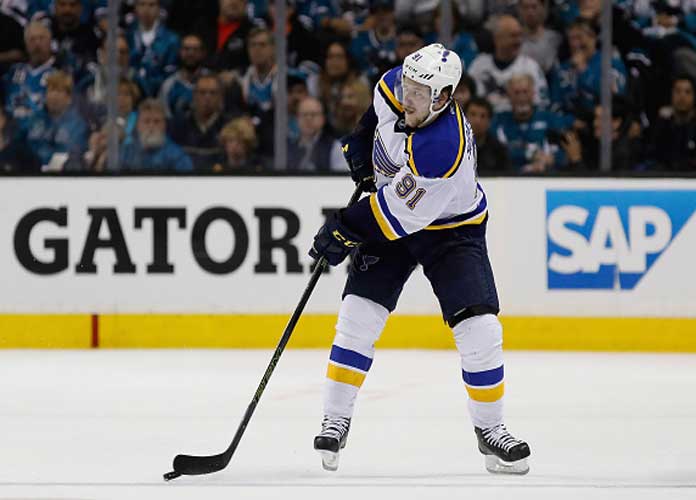 The St. Louis Blues won their first Stanley Cup Finals game in franchise history on Wednesday night at the TD Garden against the Boston Bruins. The last time the Blues were in the finals, 49 years ago, they were swept by the Bruins, leaving them winless. The Blues defeated the Bruins 3-2 in an overtime golden goal in Wednesday’s Game 2 that saw Craig Berube and his Blues achieve their first ever finals win while tying up the series 1-1.

Game 2 was a blood-boiling, physically aggressive matchup, as Oskar Sundqvist of the Blues rammed Bruins’ Matt Grzelcyk into the glass, taking him out the rest of the game. Bruins’ Connor Clifton high-sticked Tyler Bozak, leaving his face bloodied, but returned after being patched up during the intermission period. Grzelcyk, who was knocked by Sundqvist, was taken to the hospital during the game, and his evaluation has yet to be announced. Sundqvist will have a hearing with the NHL board of Player’s Safety Department on Thursday regarding the hit. The Blues racked up 50 hits on the Bruins, compared to Boston’s 31.

“They’re aggressive, they’re big, they hit well and we’re a big team and we hit, so there’s going to be a lot of chirping, a lot of hitting going, a lot of scrums,” Blues forward Patrick Maroon said, according to USA Today. “We’ve just got to continue hitting, that’s our team.”

The Bruins didn’t look like themselves at times, especially their top line, as Brad Marchand had a significant mistake on his side of the ice that the Blues’ Vladimir Tarasenko capitalized on to make it 2-2, sending it to overtime. Defender Carl Gunnarsson sealed the game for the Blues after dominating the Bruins in OT, as the Bruins played with five defenseman after losing Grzelcyk earlier in the first period of the game.

With the Blues stealing a game away from home, the Bruins could be at a disadvantage traveling to St. Louis for games three and four. Game 3 will be played Saturday at 8:00 p.m. EST at Enterprise Stadium.