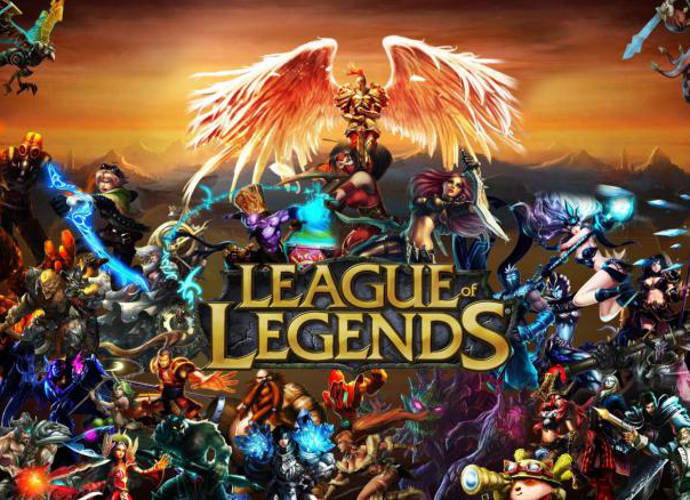 In a case of man bites dog weirdness this week, we have perhaps the first physical injury to an eSports athlete. Yiliang Peng, known better to fans by his League of Legends screen name Doublelift, plays on the Counter Logic Gaming sponsored team in the League Championship Series (known as the LCS). Unfortunately for his 5-1 team, Peng will have to sit out this weekend’s match after injuring his pinky playing a real world sport – basketball.

Peng plays a wildly popular free online game called League of Legends made and run by Riot Games. League of Legends or LoL as it is abbreviated has seen an explosion in popularity with advances in live streaming technology and the slow acquiescence of people to eSports. Though largely niche right now (Riot told the New York Times that males 15-25 make up 90% of their fan base). The goal of the game is simple; the execution is anything but. 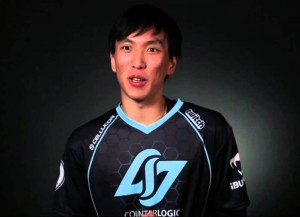 Almost every League game is played on the same map with teams of five fighting in a sort of strategic domination with the end goal of destroying the enemy team’s “nexus,” located in the heart of their base. Characters to play as range from standard fantasy tropes like sword wielders and mages to small children with demonic stuffed animals to even robots. The map itself is a bewildering explosion of bright colors, loud pinging noises and constant action by mid game and it’s obvious why the “ADD generation” has gravitated towards League.

The Counter Logic Gaming team that Peng plays for is  a professional team like any other: top level e-sports players can often earn up to six figure incomes between their team pay, endorsements and sponsorship. Right now the team has four American, four Canadians, a South Korean and a Czech on the roster.  Riot Games has been focusing on beefing up their corporate sponsorship of recent high level league games and Coca Cola and Korean Air are both now official sponsors of the LCS. 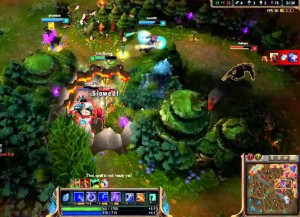 For Peng, the future is not so bright. The injury, which seems to be a theme for Peng who is no stranger to basketball injuries will be sitting out for at least one to two weeks and will be replaced by fan adored Gosu in this weekend’s matches. CLG takes on Team Dragon Knights at 4 p.m. Saturday and on Sunday they battle perennial powerhouse Cloud9 at 5 p.m. Both games can be streamed through the League of Legends desktop application.