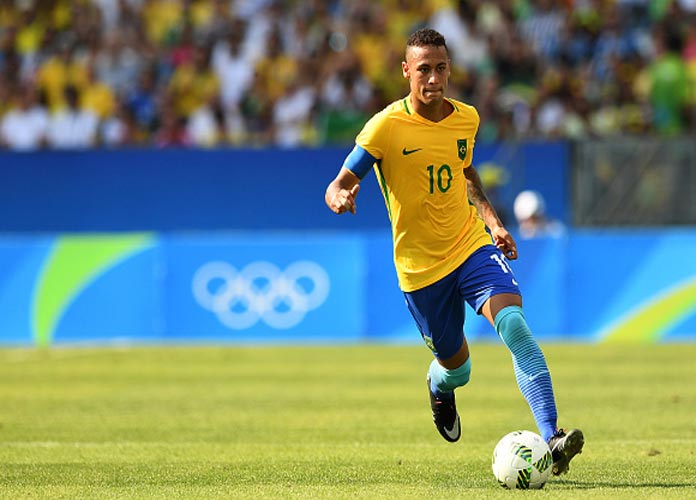 On Friday, Paris Saint-Germain star Neymar was accused of raping a woman in Paris last month.

According to reports, Neymar and the anonymous woman met in France and chatted with each over Instagram. From there, a representative of PSG allegedly bought the woman tickets to Paris and booked her a hotel room. The woman then claims that Neymar arrived at her hotel room extremely intoxicated, which is where the story begins to take off.

The woman and 27-year-old Brazilian soccer star Neymar then began to engage with each other physically, at which point, Neymar allegedly became aggressive and forced the woman to have sexual intercourse against her will. The woman then left Paris two days later, refusing to report the incident to the police because she was “shaken.”

The following day, Neymar — in retaliation to the rape reports — posted a seven-minute video to Instagram. In the video, Neymar showed private messages that occurred between himself and the woman that include provocative images of her in an attempt to prove his innocence. The video was deleted from Instagram on Monday.

This Is Neymar JR Explaining In English The Whole Situation With The Rape Accusation. pic.twitter.com/ecaw976Urc

By posting the video to Instagram, Neymar may have violated a Brazilian law that states that it is illegal to “offer, exchange, provide, transmit, sell or exhibit for sale, distribute, publish or divulge, by any means — including mass communication or computer or telecommunication – photograph, visual or other audiovisual record containing a scene of vulnerable [people] or that makes an apology or induces its practice, or, without the victim’s consent, sex scene, nudity or pornography.”

If Neymar is found guilty, he could face a sentence of up to five years in jail. Both Neymar and his father, Neymar Sr., have called the claims to be nothing more than an attempt to extort the Brazilian star, with Neymar Sr. even claiming that he has proof his son is being blackmailed. Police showed up to Brazil’s national team training session in Rio de Janeiro on Sunday as the Brazilian National Team prepares for this summer’s Copa America tournament.