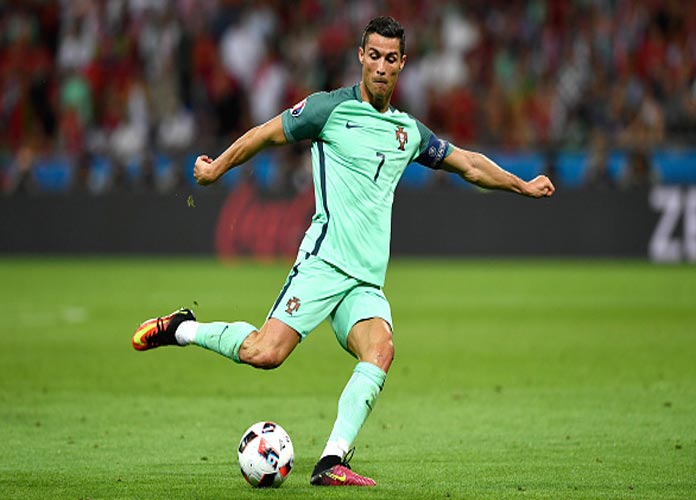 In October, police in Nevada reopened an investigation at the request of Kathryn Mayorga. This week, Cristiano Ronaldo was issued a warrant by Las Vegas authorities to collect his DNA.

They plan to test it against traces found on a dress belonging to Mayorga. She claims that the soccer star raped her in a hotel room in 2009.

Juventus’ Ronaldo Accused Of Rape In 2009

According to the civil lawsuit, which was filed in a Nevada court in September, Mayorga alleged that Ronaldo raped her in his hotel room in Las Vegas almost a decade ago. It also claims that she then was coerced into signing a nondisclosure agreement in 2010 in an out-of-court settlement in exchange for $375,000. The new lawsuit asks for general damages, special damages, punitive damages and special relief. Each of these damages are asking for an excess of $50,000, along with interest, attorneys fees and court costs. Ronaldo has repeatedly denied these accusations.

Ronaldo’s lawyer, Peter S. Christiansen, has said before that his client does not deny entering an agreement but that “the reasons that led him to do so are at least to be distorted.” Christiansen added: “This agreement is by no means a confession of guilt.”

According to a Thursday statement by the Las Vegas Metropolitan Police Department, the warrant has been sent to Italy for the five-time Ballon d’Or winner. The 33-year-old Portuguese star currently plays for league leader Juventus in Turin, Italy.

“The LVMPD is taking the same steps in this case as in any other sexual assault to facilitate the collection of DNA evidence,” the statement read. The department has declined to give out any additional information due to it being an ongoing investigation.

A statement was issued by Ronaldo’s lawyer for the athlete. It read: “Mr. Ronaldo has always maintained, as he does today, that what occurred in Las Vegas in 2009 was consensual in nature, so it is not surprising that DNA would be present, nor that the police would make this very standard request as part of their investigation.”